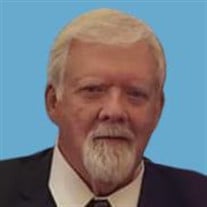 William Elmer Kruetzman, Jr., 77, affectionately known as ‘Rip’, beloved husband and father, passed away after a long illness on February 12, 2022. He was born on December 4, 1944, in Louisville, Kentucky, to the late William E. and Lily Dee Kruetzman. Bill lived his entire life in Louisville, but was proud to have been deployed as a disbursement clerk for the U.S. Navy Construction Battalion during the Vietnam War. He achieved the rank of Petty Officer Third Class and continued to serve in the U.S. Navy Reserves after returning from the war. Bill was very proud of his service as a Seabee, and was rarely seen without his Seabee ballcap. He was a graduate of Manual High School, and received his undergraduate and Masters of Education degrees from the University of Louisville. While Bill began his career in the banking industry, working as a clerk at Citizens Fidelity Bank of Louisville, Kentucky, he spent most of his career teaching science and math in the Bullitt County Public School system. He took great pride in helping children understand the value of education and making sure they were developing their intellectual capacities alongside athletic ones. He enjoyed puzzles, going to movies, camping, golf, photography, and had a prodigious gift for wordplay. Even when ailing, he never lost his sense of humor. He was also an avid Louisville Cardinals fan and rarely missed a game. Bill is survived by his loving wife of 28 years, Glenda; sister Mary Lou Weaver; daughters Amy Vaughan (Kate) and Jessi Kruetzman; stepchildren Kelly Ahern (Neith) and Joshua Rhodus; grandchildren Lily Kelver and Ronan Vaughan; nieces Amanda Castellano and Mary Anne Vivier. He will be fondly remembered by all who knew him. There will be a private memorial service for family and close friends. Bill will be interred at Evergreen Cemetery in Louisville, Kentucky. In lieu of flowers, donations can be made to any veterans’ organization or the Alzheimer’s Association. Arrangements under the direction of Pearson's, "Where Louisville Goes To Remember."

The family of William Elmer Kruetzman created this Life Tributes page to make it easy to share your memories.

Send flowers to the Kruetzman family.