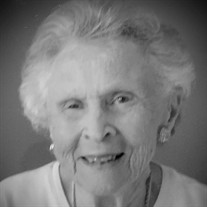 HARDY, Whitney Treat Knowles, died April 10, 2022. She was born in Okmulgee, OK, on the 27th of December, 1929, the daughter of Robert Treat Knowles, of Boston, MA, and Jane Whitney Gray Knowles, of Louisville, KY. She was a graduate of Louisville Collegiate School and attended the former Fairfax Hall Junior College, Virginia. She was a past president of the National Society of the Colonial Dames of America in the Commonwealth of Kentucky, a past chairman of the Kentucky unit of Recording for the Blind, Inc., a former board member of the Junior League of Louisville, the Louisville Civic Ballet, and the Greater Louisville Swim Foundation, and a trustee of the City of Indian Hills. A lifelong member of Calvary Episcopal Church, she served on the vestry and as a lay reader and head of the Episcopal Churchwomen. She was a member of the Louisville Country Club and the Filson Historical Society, She was predeceased by her husband, Marshall B. Hardy, Jr., her son Arthur Tabb Fitch Hardy, her brother William Fletcher Knowles, and her sister Jane Gray Knowles Warner. She is survived by her sons Marshall III, Raleigh, NC, Henry (Roberta Baker), Greenfield, MA, daughters Whitney de Courcel (Jerome), Paris, France, Anne Shermyen (John), Alachua, FL, and Kate Failing (James), Indianola, MS. She is also survived by grandchildren Charles de Courcel (Benedicta), Philip de Courcel, Emma Sadaka (Maxime), Elizabeth Hardy (John Gosnell), William Hardy (Katie Stewart), John Gray Shermyen, Sarah Shermyen (Andrew King), Alexandra Stretch (Andrew), Carl Failing, Robert Failing, and step-grandson Alexander Baker. Her great grandchildren are James and Eloise Gosnell, Hector and Octavia de Courcel, and Celeste Sadaka. She was grateful for the ten years she spent as a resident of Miralea on the campus of the Masonic Home in St. Matthews, and for all the good friends she made there. A reception will be held at Miralea from 4:00 - 6:00 pm on Tuesday, April 26. The memorial service will be held the following day at Calvary Episcopal Church, 821 South 4th Street on April 27 at 11:00 am. Memorial contributions may be sent to Calvary Episcopal Church Endowment Fund or Liberty Hall Historic Site, 218 Wilkinson Street, Frankfort, KY. Arrangements under the direction of Pearson's, Where Louisville Goes To Remember".

The family of Whitney Treat Knowles Hardy created this Life Tributes page to make it easy to share your memories.

Send flowers to the Hardy family.