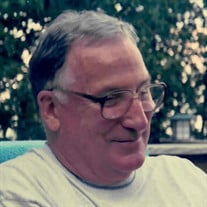 W. SCOTT MILLER, JR. Born March 15, 1927 in Louisville, KY, son of the late Judge W. Scott Miller and Helen Pilcher Miller. Scott was a proud graduate of DuPont Manual High School where he was inducted into its Hall of Fame. He attended the University of Kentucky, the Academy of International Law at the Hague and graduated from the University of Louisville Brandeis School of Law. He was a proctor of the Maritime Law Association and a member of Wranglers and Liar’s Club. A Navy veteran of World War II, he served aboard the Badoeng Strait in the Pacific. He was elected at age 30 to the State Senate in 1958, serving there for sixteen years during which time he was a special counsel in the reapportionment case of Baker v. Carr, forcing the Governor to call a special session of the legislature resulting in a 30% increase of representation for Jefferson County. He drafted and obtained passage of the initial condominium legislation which was named for him and which made Kentucky the third state to enact such legislation. He was prime sponsor and floor manager of the legislation making U of L part of the state’s university system, serving eight years on the Board of Trustees, the last year as Chairman with the university awarding him an honorary doctorate of law degree in 1988. A member of the Board of Governors of Louisville General Hospital, he was also an adjunct professor at the law school for over fifteen years, the school naming him a Distinguished Alumnus. The Kentucky Natural Resources Department presented him with an award for “his imagination and creativeness in proposing and vigorously pursuing the establishment of River Grant Colleges by the Congress of the United States.” Scott negotiated the state’s purchase of Six Mile Island and was named as a special counsel for two Governors. Named a Rear Admiral in the Salt River Navy, Scott’s hobbies included geography, history, exploring the waterways of the world and “messing about in boats.” He was predeceased by his wife of seventy years, Ann Edgar Miller and his brother, William V. Miller of Port Townsend, WA. The memory of this very loving man will live on with his children, Stephanie R. Miller (his law partner of 32 years), sons, Johnathan (Lisa Thompson) of Paeonian Springs, VA, Scott III (Suzanne Palmer) of Annapolis and Matthew Miller of Louisville as well as his eight grandchildren, four great-grandchildren and numerous cousins whom he loved and nieces and nephews. His family is thankful for Drs. Charles Webb and Frank Harrell, April Harness, nurse Pam and the lab techs of CBC as well as Hosparus of Louisville. Funeral Service 11 AM Saturday May 21st St. Matthews Episcopal Church 330 N. Hubbards Lane with burial to follow in Cave Hill. Visitation 4-7 PM Friday at Pearson’s 149 Breckenridge Lane. Memorial gifts may be made to the DuPont Manual Alumni Association, 120 West Lee Street, Louisville, KY 40208, the Honor Flight Bluegrass, P. O. Box 991364, Louisville, KY 40269-1941 or the Kentucky Waterways Alliance, 330 N. Hubbards Ln., Louisville, KY 40207. Arrangements under the direction of Pearson's, "Where Louisville Goes To Remember".

W. SCOTT MILLER, JR. Born March 15, 1927 in Louisville, KY, son of the late Judge W. Scott Miller and Helen Pilcher Miller. Scott was a proud graduate of DuPont Manual High School where he was inducted into its Hall of Fame. He attended the... View Obituary & Service Information

The family of W. Scott Miller Jr created this Life Tributes page to make it easy to share your memories.