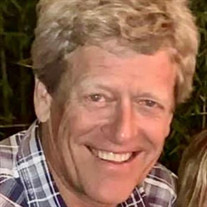 On Thursday, March 18th, 2021, Kent Taylor, son, father, grandfather and legendary entrepreneur passed away at the age of 65. He was born on September 27th, 1955 on the Army base in Ft. Leonard Wood, Missouri, to Powell & Marilyn Taylor. Born pre-mature, Kent had to fight from day one. His given name was Wayne Kent Taylor, but the nurses in the neonatal intensive care unit claimed he did not look like a “Wayne” so they called him Kent and the name stuck. He grew up in Louisville in Glenview Hills and attended Jefferson County Public Schools. He graduated from Ballard High School in 1972 where he transformed himself from a back of the pack track runner to an all-state selection his senior year. He attended the University of North Carolina on a track scholarship, where he received a degree in Business in 1977. During his college years, he showed his versatility as an all ACC track performer, a solid C student, and a beer enthusiast. He often joked that he never let his studies get in the way of his education. He began working towards his MBA at the University of Kentucky but would declare that he received his graduate degree from the Library lounge. After getting out of the nightclub business, having two daughters, realizing his obsession for skiing, and moving around the country; Kent felt the need to lay down the roots of a loving and rewarding family life with his then wife, Leslie. While Kent’s business success reached a larger than life scale, the foundation he laid in Louisville always brought him home. His three children gave him so much joy and happiness. Being a human jungle gym, a ski instructor, or a sounding board; he always made sure his children knew his love. Always wanting to be his own boss, Kent kept pitching his Texas Roadhouse concept to more than 150 potential investors before finding three local doctors that finally agreed to fund his dream, which opened February 17, 1993 in Clarksville, Indiana. Today it has over 600 restaurants worldwide and has stemmed into two other concepts as well, Bubba’s 33 & Jaggers. Kent was also a passionate philanthropist who supported many organizations. Many of his donations were given anonymously and without fanfare. He was a proud supporter of Special Olympics Kentucky, Homes for our Troops and Andy’s Outreach, which he created to help his employees during times of need. His heart wasn’t limited to his family life, as Kent had friends far and wide. Whether it be the neighborhood crew, his UNC college buddies, or the friends he made on the slopes of Utah, he always knew how to play host and bring everyone together to have a good time. As his son became older, they developed a close knit friendship that led them to share adventures all across the globe. He was an extremely caring man and would make sure that his family and friends were always taken care of, no matter what. The love in his life started at home with his parents and brother Bryan. On a few occasions he moved his young family back in with his parents to be surrounded by their love and support. He was always devoted to the health and happiness of his parents and children. Playing golf with his father, lovingly teasing his mother while intently listening to her stories, and sharing a good brotherly razzing at the lake were among activities he enjoyed the most. Kent spent his life not just loving, but loving BIG. One of his favorite ways to show his love was frequent trips to the ice cream shop with his children and grandchildren, who affectionally called him “Chief.” Whether he was playing the role of lifeguard at the pool or falling asleep with the children after the bedtime story he found so much joy with them. Later in life, his beloved partner Tamara and her three children filled his heart with even more love. Kent was preceded in death by his younger brother, Bryan Taylor. He is survived by his parents, Powell and Marilyn Taylor, his children, Michelle, Brittany, & Max, his six grandchildren…and counting. The family will have a private service. In lieu of flowers, please make donations to Homes for our Troops, Special Olympics Kentucky, and the American Tinnitus Association. Cards and letters can be sent to the Taylor Family care of Texas Roadhouse Attention Taylor Family at 6040 Dutchmans Lane, Louisville, KY 40205. Arrangements under the direction of Pearson's, "Where Louisville Goes To Remember".

On Thursday, March 18th, 2021, Kent Taylor, son, father, grandfather and legendary entrepreneur passed away at the age of 65. He was born on September 27th, 1955 on the Army base in Ft. Leonard Wood, Missouri, to Powell & Marilyn Taylor.... View Obituary & Service Information

The family of W. Kent Taylor created this Life Tributes page to make it easy to share your memories.

Send flowers to the Taylor family.