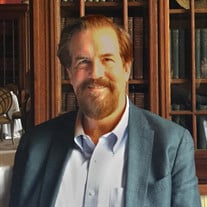 NOLAND, THOMAS TURLEY, JR., 68, passed away peacefully at home on January 15, 2022, following a two-year battle with cancer. He was an international journalist and writer, a retired Fortune-100 communications executive, and a consummate family... View Obituary & Service Information

The family of Thomas Turley Noland Jr. created this Life Tributes page to make it easy to share your memories.

Send flowers to the Noland family.