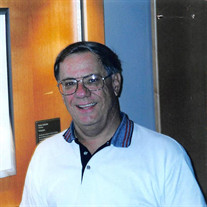 Thomas George Miller (also known as “Grandbud”) was born December 6, 1944 to Eleanor and Theodore Miller in Louisville, Kentucky. He was the youngest of eight children and had an adventurous childhood. After graduating from Trinity High School in 1962, he attended Bellarmine College and briefly considered a career in chemistry. Tom then began his career at Coca-Cola where he worked for over 40 years. Over the course of his life, he enjoyed various hobbies including auto restoration, golfing, creating stained glass windows, frog gigging, carpentry, painting gourds, extravagant gift wrapping, and attending events for his children and grandchildren. He loved all things Coca-Cola. He always prioritized time with his family, friends, and community and could make anyone laugh. Tom was close not only to his wife, daughters, and grandchildren, but also to his wife’s siblings and his daughters’ husbands. Tom was a regular face at the Franciscan Kitchen where he volunteered on Mondays and was a member of Our Lady of Lourdes Parish. After being near death in 2014, he was blessed with five more years with his loved ones than anyone had thought possible. Tom passed away peacefully in the presence of his wife, Mary Jane, the morning of Wednesday, April 10, 2019. Tom was preceded in death by his parents and his seven siblings. He is survived by his loving wife of 53 years, Mary Jane Kinser Miller; his three daughters Kimberly Bailey (Terrence), Shannon Gordon (Bruce), and Melissa Sullivan (Sean); his seven grandchildren Abigail Lewis (David Fouts), Eric Lewis, Julia Gordon, Patrick, Ryan, Nate, and Evan Sullivan; multiple brothers-in-law and sisters-in law; and numerous nieces and nephew from the Miller and Kinser clans. He also leaves behind countless friends whose lives he continued to touch until the very end. Visitation will be at Pearson Funeral Home, 149 Breckenridge Lane, Sunday, April 14 from 1 PM to 7 PM. A brief prayer service will follow. The Funeral Mass will be at Our Lady of Lourdes Catholic Church on Monday, April 15 at 12 PM. In lieu of flowers, please send gifts to the Franciscan Kitchen, 748 South Preston St. Louisville, KY 40203. He will be deeply missed.

Thomas George Miller (also known as &#8220;Grandbud&#8221;) was born December 6, 1944 to Eleanor and Theodore Miller in Louisville, Kentucky. He was the youngest of eight children and had an adventurous childhood. After graduating from Trinity... View Obituary & Service Information

The family of Thomas George Miller created this Life Tributes page to make it easy to share your memories.