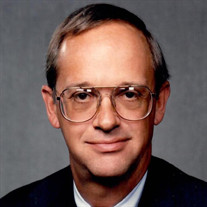 Theodore S. Rosky died Tuesday January 11, 2022. He was born April 14, 1937, in Chicago, and received a BA in actuarial science in 1959 from the University of Iowa. He was a Fellow of the Society of Actuaries and a founding Member of the American Academy of Actuaries. He was a senior officer of the Connecticut General Life Insurance Company (now CIGNA) and Capital Holding Corporation (now Aegon), where he held numerous line and staff positions, retiring as Chief Financial Officer at Capital Holding. He was a biographee in Who’s Who in America since 1974. He taught at the Universities of Connecticut, Iowa and Hartford, and was very active in Lutheran churches in Hartford (Connecticut), Barrington (Rhode Island) and Louisville, and for many years served on the Board of Pensions of the Evangelical Lutheran Church in America. He served on the boards of the Capital Enterprise Insurance Group, the Legend Funds, the SBM Certificate Company, and the State Bond Funds. Active in civic affairs, he served at various times on the boards of Actors Theatre of Louisville, Glassworks Foundation, Greater Louisville Fund for the Arts, Hartford College for Women, Kentucky Opera Association, Lincoln Foundation, Louisville Lutheran Home, Louisville Orchestra, Macauley Theater, Oak and Acorn, School Choice Scholarships and YMCA Safe Place Services. He was preceded in death by his parents, Lora Marie O’Connell Rosky and Theodore Rosky, his step-sister Carolyn Canty Butler, and his brother Gregory Charles Rosky. He is survived by his wife of 63 years, Jacqueline Reed Rosky, daughter, Laura Marie Rosky-Santoni (Giampaolo Santoni) who has recently returned to Louisville and grandchildren Jacqueline Marie Santoni and Robert Reed Santoni, both in California. Arrangements under the direction of Pearson's, "Where Louisville Goes To Remember." Visitation will be Friday, Jan. 14th, from 4-6 pm at Pearson’s Funeral Home 149 Breckenridge Lane; St. Louisville, KY 40207. A memorial service will be Saturday Jan. 15th, at 10 am at the 1st Lutheran Church 417 E. Broadway; Louisville, KY 40202. Charitable gifts may be made to Actors Theatre of Louisville 315 W. Market St.; Louisville, KY 40202; the Lincoln Foundation 4322 Bishop Ln; Louisville, KY 40218; YMCA Safe Place Services 2400 Crittenden Dr.; Louisville, KY 40217 or a charity of your choice.

Theodore S. Rosky died Tuesday January 11, 2022. He was born April 14, 1937, in Chicago, and received a BA in actuarial science in 1959 from the University of Iowa. He was a Fellow of the Society of Actuaries and a founding Member of the... View Obituary & Service Information

The family of Theodore S. Rosky created this Life Tributes page to make it easy to share your memories.

Send flowers to the Rosky family.