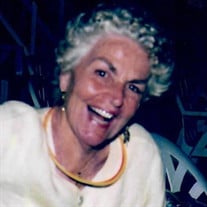 Susan Speed was born on May 27th, 1930 in Davenport, IA. She was the middle child of Marion Whitbread Speed and Lloyd Jeter Speed. She had an older brother, John Sackett Speed and a younger brother, James Breckinridge Speed, both are now deceased. Sue was raised in Louisville, KY. In her grade school years her family spent summers living in the coal camp of Black Star Coal, where her father was President. There she made friends with many children, spent the night in their homes and they with her. Sue had an up close and personal view of inequality and poverty. It was there in Alva, KY that her lifelong commitment to justice and equality for the poor began to take shape. Sue’s father died of a massive heart attack at age 42 when she was 12 years old. She graduated from Louisville Collegiate School and Stephens College in Columbia, MO. Her Collegiate School years were highlighted by a stellar field hockey career in which she was “Captain of the Blues” and the formation of strong friendships that would have a profound effect on her life. In Sue’s own words: “Perhaps the lesson that I took away from my Collegiate years was how life-sustaining friendships are; how important it is to reach out and be available, to look beyond the obvious and step into the shoes and heads and hearts of others.” Comments from the 1950 Stephens College Yearbook provide further insight into the woman she would become. Sue is recognized “for the forcefulness and exuberant enthusiasm in developing a better world.” After college Sue married Dr. William Bailey Stodghill, raised a family and got involved in the community. Her children are William Speed Stodghill (A.C.), John Parker Stodghill (Susan) and Marion Whitbread Stodghill. The children were all born in Baltimore, MD, where Bill was finishing his medical training, but were raised in Louisville, KY. She and her husband were divorced in 1985. During this time, Sue worked part-time as Department leader for Christian Social Responsibility at the Episcopal Diocese of Kentucky. In 1987 she jumped at the chance to be the first Executive Director of the Louisville Coalition for the Homeless. She described this well-timed opportunity as a calling that “saved her life,” and remained forever grateful to Larry Otto for suggesting she do it. At the Coalition she fostered increased public awareness of the plight of the homeless. She helped more than 40 organizations develop common goals and standards to address the complex issues of homelessness and poverty. Sue’s work at the Coalition was a unique blend of moral outrage balanced by a plainspoken and authentic compassion for the poor. While at the Coalition she began each workday at 7:00 AM with coffee at St. John Center for Homeless Men, where she greeted and got to know the shelter guests, whom she referred to as “my guys.” Her candor and humor were ever present. It is clear that she excelled at human connection and getting people to work together. Sue retired from the Coalition after a decade of service. In retirement she caught up on travel adventures around the world with friends. She maintained an active role in community service at St. John Center for Homeless Men and Central Louisville Community Ministries. Sue was on the Board of Regents at Kentucky State University, a historically black land-grant university, founded to train black educators to teach in the segregated schools of Kentucky. She also served on the Board of Governors of the Family Health Centers, served on the Executive Board of the Kentucky Historical Society and was a longstanding active member at Christ Church Cathedral, where she was a greeter until last year. During this time Sue developed a special relationship with Kurt Bacher who managed a farm in Virginia. Kurt eventually moved to Louisville. They enjoyed their life partnership for many years until Kurt’s death in 2016. She leaves behind a host of loyal and dedicated friends (too numerous to list) and friend groups including the “Friday Night Fives,” “The Feeders” and “The Collegiate Girls.” It has been especially hard for all of us to be unable to be with her during recent months. “Biggie,” as she is affectionately known to her 5 grandchildren (Parker, Breck, Katharine, Will and Lloyd) and 1 great-grandchild (Chandler) played an active and vital role in their young lives and they were the apple of her eye. Sue often used her Christmas gifts to “the grands” as a way to educate them about caring for marginalized people. Due to constraints associated with Covid 19 there will be a private family graveside burial service. We look forward to the day when we can all gather to share our remembrances of this remarkable woman that we loved so much. We would like to express our gratitude to all the staff who cared for her at The Episcopal Church Home Memory Care Center of Excellence and Clingman Wing, and also to the staff at Treyton Oaks Towers. In lieu of flowers the family urges you to donate in her honor to Christ Church Cathedral, 421 S. 2nd St., Louisville, KY 40202, St. John Center, 700 E. Muhamad Ali, Louisville, KY 40202, The Coalition for the Homeless, 1300 S. 4th St., Louisville, KY 40208, or Central Louisville Community Ministries, 809 S. 4th St., Louisville KY 40203

Susan Speed was born on May 27th, 1930 in Davenport, IA. She was the middle child of Marion Whitbread Speed and Lloyd Jeter Speed. She had an older brother, John Sackett Speed and a younger brother, James Breckinridge Speed, both are now deceased. Sue... View Obituary & Service Information

The family of Susan Speed created this Life Tributes page to make it easy to share your memories.

Send flowers to the Speed family.