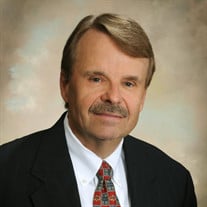 Steven Louis Schmidt passed away on December 14, 2021 from stage 4 metastatic prostate cancer. He was born April 29, 1946 to Gladys Thomas Schmidt and Charles Emil Schmidt. He was one of six children; Charlie, Steve, Sue, Jeannie (deceased), Jan (deceased), and Jim, and grew up in the west end of Louisville. He attended St. Benedict School and Flaget High School. He served in the naval reserve for two years and then moved to Washington D.C. to attend George Washington University. He worked at the FBI to help pay for school. He returned to Louisville to attend the University of Louisville where he graduated with a degree in chemistry and business. He did further schooling at Syracuse University where he earned an Executive Masters degree in marketing. Steve started his business career working at Porter Paint Company in 1978. He quickly rose through the ranks and in 1987 he became Vice President General Manager of the Coatings Division. In 1994 he became the Worldwide Director of Protective Coatings in London, England. He then relocated to the Houston, Texas office. He separated from the company in 1999. Deciding to embark on a new endeavor he moved to Santa Fe, New Mexico and bought and ran a commercial printing company, Roller Printing. In 2006 upon moving to Tucson, Arizona he began a career as a business broker. In 2007 and into 2008 he handled the worldwide distribution of the movie, Expelled No Intelligence Allowed, a documentary film about Intelligent Design. In 2011 he moved the family back to Louisville, Kentucky and continued his business broker journey joining Venture Resource. Steven is survived by his wife, Susan Belker Schmidt, whom he married in 1994. He had a son, Eric Schmidt (Shannon Spalding) and adopted Susan’s children, Kristen Schmidt and Gabe Schmidt (Julia Schmidt). They have four grandchildren, Max Schmidt, Jane Schmidt, Lucy Schmidt, and Gracie Schmidt. The family would like to thank Dr. Michael Driscoll of Norton Audubon Cancer Institute, Dr. Kenneth Pienta of Johns Hopkins University, Director of Research at the Brady Urological Institute, Dr. Richard Baum at Zentralklinik Clinic in Bad Berka, Germany and the nurses and doctors at Norton Hospital Brownsboro for all of their wonderful care. Funeral service 12 p.m., Saturday, Dec. 18 at Second Presbyterian Church, 3701 Old Brownsboro Rd 40207 with private burial in Cave Hill Cemetery. Visitation will be held 4-6 p.m., Friday, Dec. 17 at Pearson’s, 149 Breckenridge Lane. The family requests donations to the Brady Urological Institute, 600 North Wolfe St., CMSC 130, Baltimore, MD 21287, in his name. Arrangements under the direction of Pearson's, "Where Louisville Goes to Remember".

The family of Steven Louis Schmidt created this Life Tributes page to make it easy to share your memories.

Steven Louis Schmidt passed away on December 14, 2021 from stage...

Send flowers to the Schmidt family.