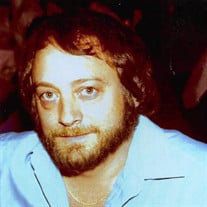 Stephen Douglas Boone, 76, returned to his Heavenly Father Wednesday, February 26, 2020 at his residence. He was born in Louisville, KY to Nelson B. Boone and Helen Leachman. He was a loving husband, father, father- in- law, grandfather, uncle, friend and employer. Childhood showcased adventure in his soul. After attending St. Raphael and graduating Holy Spirit, he attended Trinity High. Before graduating in 1962 he and his friend Byron decided to hitchhike to Mexico. His kind heart made sure to leave his mom a reassuring note that in his traveling “North” he still had his textbooks in tow. As a born entrepreneur, he eventually became sole owner of Nelson B. Boone Co., where he ran a well-respected manufacturing company of metal promotional products for the Ad Specialty industry, employing hundreds of locals. His ingenuity led him to develop the encapsulated foam toy (Instant Products) putting smiles on faces globally and moving thousands of consumers to write to him with their “capsule stories.” He then created the children’s furniture line, Puzzle Craft, which required no tools in its assembly. He was inspired to patent a Doll House Puzzle Craft design after experiencing all that was involved in building his daughters their doll houses which came as kits. Steve was known throughout the U.S. as one of the best blackjack players. So much so, many Vegas and Atlantic City casinos eventually forbade him to play blackjack in their casinos citing him as “unprofitable.” He developed his “Migration Theory” of numbers to win in both Keno and the lotto. Ironically, he died on the 26th and 26 was his winning number when passing any Roulette table. Steve even went as far as placing odds on “who did it” when someone stole something from him; sometimes surprising those closest family members for being the “chalk.” Unparalleled creativity led him to request original poems to be written and framed in lieu of special occasion, store bought gifts from family. He was never a fan of flashiness and always made sure to march to the beat of his own drum. He would display all gifted tributes to him alongside his other avid collections of coins, stamps, sports memorabilia, arrowhead collections and photos. His biggest accomplishment occurred after buying 1000 acres of land in the country he called “The Farm.” Escaping there every weekend, he soon turned a slough into a 90 acre, fully stocked lake that attracted resident bald eagles annually in addition to hundreds of species of birds, bats and other amazing wildlife. He named it Lake Brandon after his late son who had “helped him” build it as a small child while safely being encased in a wall of duct taped pillows protecting him while keeping dad company while “dozing.” In addition, he raised shrimp one year which turned into a frog refuge the following year. He created Lake Helen and Lake Nelson too, each offering unique fishing opportunities. He eventually agreed to sell “The Farm” to Ky Fish & Wildlife so that they would make it a state park for all Kentuckians to enjoy, especially Lake Brandon (renamed to Lake Benji). To be in Steve’s good graces meant you would certainly have a story to tell. He touched so many lives without trying. He loved his wife of 52 years as well as their two daughters and son. He embraced his two sons- in- law after each of them earned his utmost respect; loving them as if they were his own. His positivity and zest for life will be missed by all whose lives he touched. His family said that they already miss him but know that now their “Lion Sleeps Tonight.” He was preceded in death by his parents, sisters Linda Holthouser and Patsy Tichich and his beloved son Brandon. Survivors include his wife Joanne, daughters Heather Singer (Kevin), Brittany Hahn (Travis) and 3 grandchildren: Boone Singer, Willow Hahn and Lindsey Hahn, brothers Nelson “Dan” Boone Jr. and John Boone (Kristie), sister Nanci Spivak and many nieces and nephews. Funeral Mass will be held at 11am Saturday, March 7 at the Cathedral of the Assumption (443 S. 5th Street) with burial to follow in Cave Hill Cemetery. Visitation 5pm until 8pm Friday, March 6 at Pearson's, 149 Breckenridge Ln. Expressions of sympathy can be made to St. Jude or Kosair Children’s Hospital

Stephen Douglas Boone, 76, returned to his Heavenly Father Wednesday, February 26, 2020 at his residence. He was born in Louisville, KY to Nelson B. Boone and Helen Leachman. He was a loving husband, father, father- in- law, grandfather, uncle,... View Obituary & Service Information

The family of Stephen Douglas Boone created this Life Tributes page to make it easy to share your memories.

Send flowers to the Boone family.