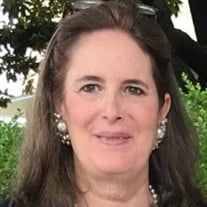 Sarah Ruth Broadwater, 65, died unexpectedly at her home in Alexandria, VA on March 19, 2022, after a long series of health challenges. A native of Louisville, KY, she was a communications consultant, writer and former journalist who had called Northern Virginia home for nearly four decades. After gaining experience in regional reporting and writing in Kentucky, Sarah moved to the Washington, DC area in the mid-1980s to work on Capitol Hill. After serving as press secretary for several members of Congress, including Rep. Richard Boucher (D-VA), who represented her father’s native Southwest Virginia, and current House Majority Leader Rep. Steny Hoyer (D-MD), she established a communications practice in the 1990s focusing on strategic planning and writing for non-profits, trade associations and political campaigns. She is survived by her sister and brother-in-law, Jane (Broadwater) and Craig Long of Louisville, KY and nephews McLean Long of Austin, TX and Ian Long, a student at the University of Arizona. She is preceded in death by her parents, James B. and Nancy Jennings Broadwater of Louisville, KY. Sarah, known as Sally in her youth, was a graduate of the Kentucky Country Day School of Louisville. She attended Rhodes College and received a BA from the University of Kentucky, where she was a member of Chi Omega, and she earned an MA in journalism with a minor in business from Indiana University. Sarah was involved in her community and active in Virginia Democratic politics. She served on the Board of the Arlington and Alexandria City League of Women Voters, was an active member of the P.E.O. Sisterhood Chapter in Alexandria, VA as well as several journalism organizations. In addition to her career endeavors, Sarah was a devoted aunt, sister, and friend. With her keen intellect, strong powers of observation and experience with life’s challenges, she was always willing to lend a sympathetic ear and provide advice to others across a range of topics with humor, irony, and tact – depending on what the situation required. She will be remembered fondly, by her nephews who also have her intelligence and desire to help people, and her sister and brother-in-law who treasure friends and family as dearly. Memorial service will be 2 PM, Saturday, March 26 at Pearson's, 149 Breckenridge Lane, Louisville, KY with burial to follow at Cave Hill Cemetery. Visitation will be noon - 2 PM at Pearson's. The family requests that donations be made in Sarah’s honor to the Brain Injury Association of Kentucky, Louisville Chapter. Arrangements under the direction of Pearson's, "Where Louisville Goes To Remember".

Sarah Ruth Broadwater, 65, died unexpectedly at her home in Alexandria, VA on March 19, 2022, after a long series of health challenges. A native of Louisville, KY, she was a communications consultant, writer and former journalist who had called... View Obituary & Service Information

The family of Sarah Ruth Broadwater created this Life Tributes page to make it easy to share your memories.

Sarah Ruth Broadwater, 65, died unexpectedly at her home in Alexandria,...

Send flowers to the Broadwater family.