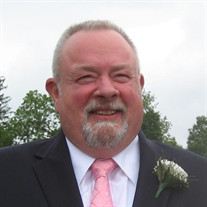 Samuel Fox Dorr, age 77, of Louisville KY died at home on September 15, 2021. He was born at the John N. Norton Memorial Infirmary on December 6, 1943, the son of William Meriwether Dorr and June Mitchell Dorr. He was preceded in death by his parents and his half-brother William Meriwether Dorr II. Sam is survived by his husband Charles Stephen Raith, with whom he shared a deep and loving 40-year partnership and to whom he was married on May 26, 2009, in Burlington IA. The two were an indivisible team. Sam is also survived by his daughter, Christine Elizabeth Dorr, MD (Will Rouse) of Pasadena MD, by his niece Margaret Dorr Henderson (Paul) and nephew William Meriwether Dorr III, all of Memphis TN, and cousins Courtney W. Mitchell (Ruth) of Newport KY, and Ralph Seldon Mitchell (Genny) of Shelbyville KY. Sam was a man always devoted to the service of others but he was first of all a devoted and much-loved father, especially proud of Christine’s 30-year service as a physician in the United States Navy and as Executive Medicine Leader. He was an epicure and the consummate host, finding great pleasure in cooking for a crowd, whether at home in Old Louisville, running the Old Louisville Holiday Home Tour Victorian Tea, or managing the center-court food booth at the Saint James Court Art Show. Those lucky to attend have treasured fond memories of Sam’s and Charles’ spectacular holiday dinners. His flair for design made the house on Sixth Street where he and Charles lived for 33 years a featured stop on the Holiday Home Tour. As a gifted gardener, he created a backyard oasis that nurtured his soul and welcomed visitors. Sam was a devoted theater goer who also acted in Catholic Theater Guild productions and later served on the board of Pandora Productions, Inc. He took great joy in travel with friends, whether in the US, England, Italy, France, Egypt or Spain. Sam grew up in Crescent Hill within walking distance of St. Mark’s Episcopal Church, where he began his spiritual journey as acolyte and boy chorister. After graduating from Atherton High School in 1961, he attended the University of Kentucky for one semester before embarking upon a nearly 20-year career with First National Bank of Louisville where he rose from bank messenger and teller to Vice President and Manager of the Bardstown Road Branch at Douglass Boulevard. He served honorably in the U. S. Army Reserve from 1965-1970. A religious experience inspired Sam to come out as a gay man to his supervisor at the bank in November 1981. He was forced to resign when he refused to cease all public advocacy for LGBTQ+ equality as a condition of continued employment in a lesser position. He sued in U. S. District Court for full reinstatement under Title VII of the Civil Rights Act and lost, but—represented by Lambda Legal Defense and Education Fund—won on appeal before a three-judge panel of the U. S. Sixth Circuit Court of Appeals. The case was settled in 1986 after the court granted an en banc re-hearing of the appeal, but it had become a rallying point for local advocates of equal protection for LGBTQ+ citizens. After leaving the bank, Sam worked as a telephone crisis counselor for Seven Counties Services and volunteered as a counselor for the newly formed LGBTQ+ crisis hotline. He served as president of the local joint chapter of Dignity/Integrity, working for full inclusion in the Roman Catholic and Episcopal churches. He was a founding member of Gays and Lesbians United for Equality (GLUE), a forerunner of the Fairness Campaign and the organizing group for early Pride picnics and marches. He was also an early proponent for outreach and education in combatting AIDS, serving on the Louisville AIDS Education Task Force, as a board member of the National Episcopal AIDS Coalition (NEAC), and as board member and president of AIDS Interfaith Ministries. Sam was a member of St. Andrew’s Episcopal Church and was active in all aspects of the church throughout his life, serving on parish vestries and as deputy to various annual diocesan conventions, as well as a three-time deputy to the General Convention of the Episcopal Church, and as a member of the Standing Commission on the Mission and Evangelism of the Episcopal Church. He co-mentored an Education for Ministry group at Christ Church Episcopal Cathedral in Louisville, served as a member of the Cathedral Chapter and as Senior Warden, as manager of the Cathedral Bookshop and, finally, as Director of Operations before retiring in 2008. Sam will be remembered for the twinkle in his eye and his sly humor, his love of dogs and compassion for rescue animals, and as a loyal friend and someone whose sense of duty propelled him to see any commitment he made to its conclusion. He never turned his back on anyone in need and never considered any soul he met to be irredeemable but brought out the best in others. More than anything, Sam will be remembered for projecting a positive attitude about how he felt about himself: he would not hide or live a lie. He liked to say that we do not know what effects our actions or words will have on other people but that they will be far more powerful, more beautiful, than we could ever imagine. A graveside service will be held at 12:00 noon, Wednesday, September 29, 2021, at Cave Hill Cemetery, 701 Baxter Avenue, Louisville. Those attending are requested to arrive at the cemetery’s Broadway entrance no later than 11:45 am. Arrangements have been entrusted to Pearson’s. A party for friends to celebrate Sam’s life will be held at a later date. In lieu of flowers, please make memorial donations in Sam’s name to the Fairness Education Fund, 2263 Frankfort Avenue, Louisville KY 40206 (or online at https://www.fairness.org/donate/) or to Friends of Metro Animal Services, Inc., 3528 Newburg Road, Louisville KY 40218 (https://louisvilleky.gov/government/animal-services/services/make-donation-animal-services).

Samuel Fox Dorr, age 77, of Louisville KY died at home on September 15, 2021. He was born at the John N. Norton Memorial Infirmary on December 6, 1943, the son of William Meriwether Dorr and June Mitchell Dorr. He was preceded in death by... View Obituary & Service Information

The family of Samuel Fox Dorr created this Life Tributes page to make it easy to share your memories.

Send flowers to the Dorr family.