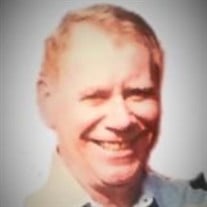 Ron Coons, a retired baseball writer who covered the Cincinnati Reds' Big Red Machine era and the Louisville Colonels for The Louisville Courier-Journal & Times, passed away August 10th at the age of 86. Although he was a high school dropout in 1951, he graduated from Bradley University with honors in 1964 and was hired immediately by The Courier-Journal. Except for a brief period with the Denver Post in 1968, he worked 31 years for the Louisville newspapers. Coons covered the Reds from 1966-80 during which time they won six division titles, four National League pennants and two World Series championships. He also reported on the 1966 World Series in Baltimore and the 1967 World Series in St. Louis and All-Star Games in Cincinnati in 1970 and Atlanta in 1972. He also wrote a weekly column during the baseball season, including two on the All­ American Girls ' League, long before it became known as " A League of Their Own." In fact, he wrote the Hall of Fame, urging it to add a section devoted to women in baseball. He reported on the Colonels from 1968-72, when they were a Boston Red Sox affiliate in the International League. Those teams included such standouts as Hall of Famer Carlton Fisk, Dwight Evans, Cecil Cooper, Ben Oglivie, Tony Muser, Ken Brett, and Dick Pole. Two columns he wrote led to the Hall of Fame elections of Joe Sewell in 1977 and Addie Joss in 1978. Joss wasn't eligible for election because he had pitched only nine years in the big leagues and died right before his qualifying 10th season. But the Veterans Committee waived the rule, and Joss was elected. When Hall of Famer Pee Wee Reese asked him in January 1983 who had played in the most winning games ever in the big leagues, Coons examined box scores in his vast Sporting News collection to find the answer. Knowing Pete Rose had missed only 80 games during his first 20 years in the major leagues, he was able to determine that Rose, indeed, was No. 1. When Rose's career was over, Coons had calculated Rose had played in 1,972 winning regular-season games, plus 39 more in postseason. On June 30, 1984, in a conversation in the Riverfront Stadium pressbox dining room, it was Ron who convinced Reds general manager Bob Howsam to bring Rose back to Cincinnati. The trade with Montreal eventually happened on Aug. 16. Coons, too, was very active in bringing baseball back to Louisville after the Colonels were forced to leave town after the 1972 season. His champion was Mayor William Stansbury, who after his primary victory in 1977 pointed to Ron and said, "We're going to bring baseball back to Louisville." The Louisville Redbirds arrived for the 1982 season. In addition, he covered the early years of the Kentucky Colonels in the American Basketball Association, when that team had such players as Dan Issel, Louie Dampier, Artis Gilmore and Jim O' Brie, n, a future successful college coach. Coons was a former member of the International League Baseball Writers Association and the Society for American Baseball Research (SABR). He was a member of the Louisville Bats Boosters Club and various athletic clubs over the years, including the Downtown YMCA, where he was a handball regular and jogger. During the mid-l 970s he joined the FOP Associate Lodge and served as chairman of a committee which dealt with injured and ailing police officers and their families. It so happened three officers were paralyzed within a short period in separate accidents. He arranged to have special ramps and sidewalks constructed in each case so the officers would not be prisoners in their own homes. Coons, born in·1935 in Peoria, IL, to Raymond and Margaret Taghon Coons, is survived by his brother, Richard Coons of Morton, IL; and many nieces and nephews. He also served two years in the Anny with the 3rd Armored Division in Germany. In retirement, he enjoyed going to baseball games around the country and Canada, while visiting presidential museums, homes and gravesites, Civil War battlefields and other historical sites and landmarks. He was an avid reader who enjoyed biographies (his favorites were Ulysses S. Grant, Theodore Roosevelt, Harry Truman, and Ronald Reagan), the great novelists, especially Charles Dickens, Thomas Hardy, Fyodor Dostoyevsky, Victor Hugo, George Eliot and Pearl Buck and mysteries by Erle Stanley Gardner, Sir Arthur Conan Doyle, Agatha Christie and Ellis Peters. He also was a fan of the classic movies from the 1930s through the '60s and music (Artie Shaw, Al Bowlly, Dinah Washington, the Ink Spots, Vera Lynn, Les Paul and Mary Ford, Fats Waller) from the same era. Pearson’s is in charge of funeral arrangements. Graveside service will be 11:00 a.m., at Cave Hill Cemetery, friends may gather at the Grinstead entrance at 10:50 a.m., Saturday, August 28, 2021. Memorials to the Dustin Shillcox Foundation, 4877 Sage Lane, Green River, WY 82935, or Lutheran Hillside Village Foundation, 6902 N. Galena Road, Peoria, IL 61614.

Ron Coons, a retired baseball writer who covered the Cincinnati Reds' Big Red Machine era and the Louisville Colonels for The Louisville Courier-Journal & Times, passed away August 10th at the age of 86. Although he was a high school dropout... View Obituary & Service Information

The family of Ron Coons created this Life Tributes page to make it easy to share your memories.

Ron Coons, a retired baseball writer who covered the Cincinnati...

Send flowers to the Coons family.