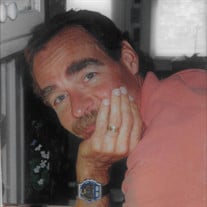 Robert “Robbie” Caldwell Emrich, 74, passed away peacefully surrounded by his wife and children on October 28, 2021. He was born to the late Claud and Charlotte Emrich on June 19, 1947 in Louisville, KY. He is a graduate of Aquinas Preparatory School and earned his bachelor’s degree at University of Florida-Ft. Lauderdale. Robbie was a member of Highland Presbyterian Church. He began his career as an insurance agent at Van Zandt, Emrich and Cary, founded by his father and others, retiring in 2017 after 47 years. Robbie was a lifetime member of the downtown YMCA and was chairman of the board from 1991-1993. It was there that he developed lifelong friendships through his running. Happiest at his Nolin lake house, Robbie made many lasting memories with his family, friends and his adored dog. The most important parts of his life were his wife of 52 years, Kathy and his son and daughter, Brent and Kathryn, and their families. He will be remembered for his genuineness, kind-heartedness, sense of humor and humility. He is survived by his wife, Kathy Schmidt Emrich, son, Brent (Ashley) and daughter, Kathryn (Brian) Lenihan and four grandsons- Holden and Lucas Emrich and Ellis and Mac Lenihan. He is also survived by his brother, Claud (Mary Jane) Emrich, his sister-in-law, Susan (John) Eisert and nieces and a nephew. The family will hold a private graveside funeral at Cave Hill Cemetery. Visitation will be at Pearson Funeral Home, 149 Breckenridge Ln, Louisville, Thursday, November 4, 2021 from 4-7 p.m. Memorials can be made to The Humane Society of Louisville and St. Vincent de Paul Louisville.

Robert &#8220;Robbie&#8221; Caldwell Emrich, 74, passed away peacefully surrounded by his wife and children on October 28, 2021. He was born to the late Claud and Charlotte Emrich on June 19, 1947 in Louisville, KY. He is a graduate of Aquinas... View Obituary & Service Information

The family of Robert "Robbie" Caldwell Emrich created this Life Tributes page to make it easy to share your memories.

Send flowers to the Emrich family.