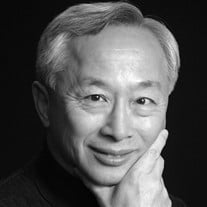 Mr. Robert Ling of New York passed away on Wednesday, August 7, 2019 at age 77. Mr. Ling was a proud graduate of Princeton University (1964) and retired advertising executive for Sullivan Stauffer Coldwell and Bayless, Grey Advertising, and Hakohoda. He was born in Shanghai, China in 1941 to J.T. and Lydia Ling and came to the United States with his family in 1949. His family eventually settled in Louisville, KY where he graduated from Waggener High School (1960). Mr. Ling majored in biology at Princeton and was a member of the Key and Seal Club. He remained involved with Princeton for 55 years, including spearheading their Annual Fund development in New York City. Mr. Ling was passionate about horse racing, regularly attending Triple Crown and Breeder's Cup races. He also loved fine arts and enjoyed many museums, plays, operas, and concerts. Finally, he loved to travel and take cruises with his partner of 33 years, Matthew de Clercq. He is survived by Mr. de Clercq; a sister, Lucie Ling Campbell of Potomac, MD; a brother, David Ling of Raleigh, NC; and many nieces, nephews, and cousins. His funeral services will be held at 11 a.m. on Sunday, August 18th at Cave Hill Cemetery in Louisville, KY. Visitors should arrive by 10:45 a.m. at the Broadway Gate at 701 Baxter Avenue. A reception will follow at August Moon Chinese Bistro. In addition, there will be a celebration of his life in New York in September. In lieu of flowers, memorial donations can be made to Prospect Theater at https://www.prospecttheater.org.

The family of Robert Ling created this Life Tributes page to make it easy to share your memories.

Send flowers to the Ling family.