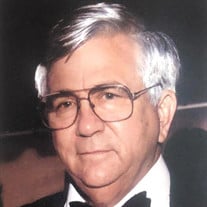 Robert W. Bortner, 86, passed away Thursday, April 29, 2021 surrounded by his loving family, who came to be with him from CA, VA, and NC to share their grief at losing the best ever Daddy, Grandaddy, Brother and Husband in the whole world. Bob was born in Baltimore, MD to Robert Ordway Bortner and Margaret Bartkowski Bortner on September 8, 1934. His family settled in Richmond, VA and Bob, or "Butch" as he was known to his family and friends at Thomas Jefferson High School, enjoyed his time playing football at TJ with a band of brothers who continued to cherish their memories with phone calls and class reunions. Bob has two younger sisters, Cindi and Charlotte Bortner of Richmond, VA. Bob distinguished himself in the sport of tennis, beginning with instructions by Mr. Sam Woods at Bird Park as one of "the park boys" as a young teen. The University of North Carolina, Chapel Hill offered Bob a four-year tennis scholarship where he was a leading player with an outstanding team of young tennis aces. Bob was named 1958 Atlantic Coast Conference Champion in both Singles and Doubles. Bob and Marcia Sampson Bortner were the proud parents of Polly, Katie and Genny Branch who are extremely proud of their father and were here to join him in his final days, along with their Aunt Cindi Bortner. Following the passing of Marcia, in 1980 Bob continued in his two favorite occupations. One, the role of Daddy and the other as an FBI Special Agent for the Department of Justice. He treasured the friendships resulting following his retirement in the early 1990's. Tennis continued to play a part in Bob's life as he served the US Army during the President Kennedy years. As a member of the Army Tennis Team under Col. Wm. Shivar, Bob cherished the friendships that lived on and resulted in many couples’ trips to the US Open Tennis matches in New York City with former team mates and their wives. In 1986 Bob increased his family to include four boys with his marriage to Judy Travis Greene, who had been widowed in 1982. Mark, Chris, Jeff and Bill Greene joined the three girls and even though they weren't little together, they will be supporting each other in their loss of Bob. Memorial service will be held at St. Francis in the Fields Episcopal Church, 6710 Wolf Pen Branch Road at 1 p.m. on Saturday, May 8, 2021 Interment will follow in the Church's Memorial Gardens. Memorial contributions may be made to the Former Special Agents of the FBI Foundation through the website, www.socxfbi.org or sent directly to the Foundation at 3717 Fetter Park Dr., Dumfries, VA., 22025.

Robert W. Bortner, 86, passed away Thursday, April 29, 2021 surrounded by his loving family, who came to be with him from CA, VA, and NC to share their grief at losing the best ever Daddy, Grandaddy, Brother and Husband in the whole world. Bob... View Obituary & Service Information

The family of Robert W. Bortner created this Life Tributes page to make it easy to share your memories.

Send flowers to the Bortner family.