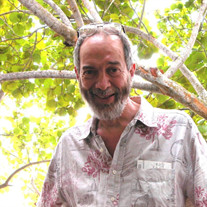 Robert A. Zentler-Gordon, 73, died October 2, 2020. Bob was born in London, England, on October 2, 1947 to Harry Emmanuel and Frances Avery Zentler-Gordon, nee MacDonald. He is survived by his sister Karen Nussbaum, her husband Ian Nussbaum and their children Natasha and Zoe. Bob attended High School in northern NJ where he held leading roles in several plays. In Louisville, he attended the Speed School for Engineering and enjoyed doing energy audits for Andy Susmichael. As a young adult, he purchased land with his “Hippie friends,” relationships he maintained his whole life. Bob worked as an independent contractor. He put much thought into each project finding new and better ways to solve the problems. Bob met his wife, Levitia McLemore, through Contra dancing. Together they enjoyed the many friendships created through dancing with the Louisville Country Dancers. Bob and Levitia loved traveling and enjoyed hosting and mentoring international exchange students in their home. They both enjoyed the numerous young people as if they were their own. They had children from Louisville, Thailand and China that they stayed closely in touch with – even traveling to visit with them. Bob and Levitia were both anchored in Scottish traditions. Bob proudly wore the Gordon kilt with sporran at his wedding in Scotland held in an 800 year-old Scottish kirk accompanied by bag pipes. Bob was a man with widely divergent interests but he had a passion for green issues, green technologies and electricity. Bob cared about the environment and the world and encouraged his friends to be better stewards of our resources. Bob had a kind and gentle spirit and was a true friend to many. A longtime member of Crescent Hill Presbyterian Church, he enjoyed participating in the stewardship committee and helping Levitia with the church meditation garden she designed. Bob was a private warrior fighting cancer for 14 years through various chemo and radiation treatments. As a result, he and Levitia were very appreciative of the many programs at Gilda’s Club of Kentucky. Bob also found great support with Derby City Dragons, a worldwide, nonprofit rowing group for breast cancer survivors A virtual memorial service for both Bob and Levitia McLemore will take place on October 15, 2020, at 2:00 pm. A more casual, interactive celebration of their lives will be held virtually on October 17, 2020, at 10:00 am. Contact Crescent Hill Presbyterian Church 502-893-5381 or email [email protected] for details. Robert A. Zentler- Gordon

The family of Robert A. Zentler- Gordon created this Life Tributes page to make it easy to share your memories.

Send flowers to the Gordon family.