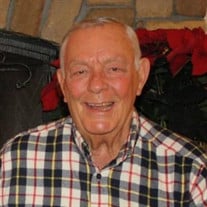 Richard Donald Remmers, Sr. After a lengthy battle with kidney disease, Rick Remmers passed away on April 12, 2022. A native of Louisville, KY, Rick was born in 1937 to the late George and Mildred Remmers. He was predeceased by his sister Sue Baldwin (Andy, Santa Rosa, CA) and survived by his children Laurie Remmers Potter (Bob, Durham, NH), Richard Remmers, Jr. (Elizabeth, Naples, FL/Louisville, KY), and Susan Remmers (Gillian, Portland, OR); his beloved grandchildren Catherine and Nathan Potter and Collin and Rachel Remmers; and siblings Jim Remmers (Mari, Louisville, KY) and Jane Meuter (Craig, Louisville, KY). Rick’s life was centered around three pillars: faith, family, and friends, and these core values governed his professional life too. An enthusiastic and loyal alumnus of Saint Xavier High School, Notre Dame University, and University of Louisville law school (where he was president of the Student Government Association), Rick maintained strong friendships with his classmates throughout his life and was a quietly devoted and active Catholic. Over his more than 40-year career as a business and real estate attorney, Rick was a well-respected lawyer with an unerring memory and sharp legal mind who assisted many clients, and also compassionately helped many family members and friends. He served long and well on the Public Defender board of directors, and, while president of the Louisville Bar Association (1975-1976), worked hard and effectively to pass the Judicial Article which completely reformed and modernized Kentucky’s court system. He joyfully managed the Juniper Beach marina as a part-time gig for 16 years, which allowed him to live on the Ohio River and enjoy the boating lifestyle and community that made him happiest. Undoubtedly, his greatest legacy was his wide and devoted circle of family and friends, and he was unwaveringly committed to nurturing these relationships. If you were lucky enough to be within this circle, you could be sure that Rick would call, visit, help, and entertain more than most. Within his family, he rejoiced in its smallest members: in his last years, visits with his great-nieces and great-nephews brought his most boisterous laughs and biggest smiles. His investments in all friend and family relationships yielded his greatest return in life. For offering enduring, authentic, and heartfelt love and friendship…. we remember you. His Funeral Mass will be celebrated at 10 AM Friday April 29th at Holy Trinity Catholic Church 501 Cherrywood Road with burial to follow at Cave Hill Cemetery. Visitation 4-7 PM Thursday, April 28th at Pearson’s 149 Breckenridge Lane. Arrangements under the direction of Pearson's, "Where Louisville Goes To Remember".

Richard Donald Remmers, Sr. After a lengthy battle with kidney disease, Rick Remmers passed away on April 12, 2022. A native of Louisville, KY, Rick was born in 1937 to the late George and Mildred Remmers. He was predeceased by his sister Sue... View Obituary & Service Information

The family of Richard Donald Remmers Sr. created this Life Tributes page to make it easy to share your memories.

Richard Donald Remmers, Sr.
After a lengthy battle with kidney...

Send flowers to the Remmers family.