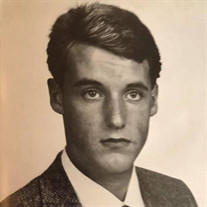 Richard Stephens Laird, 53, died June 1st, 2021 in Denver, Colorado. He was born in Bowling Green, Kentucky on March 17th, 1968 and made his home in Atlanta. Richard was a dutiful son and grandson. A gifted man with high intellect and extreme creativity, he was a kind and thoughtful friend and brother. Humility and generosity characterized his life. He was known for his spirit and high energy level; attending 25 concerts and sporting events a year with friends and family. Having lived internationally, his life was defined by constant travel. He attended the American School in London and McCallie in Chattanooga Tennessee. He graduated from Kentucky Country Day in Louisville in 1986 where he was a National Merit Finalist. He was fluent in French and German. Richard received a B.A. in English from the University of Alabama in 1991. He also studied at Oxford University and the University of Vienna. He earned a Juris Doctorate and a Masters in Business Administration from the University of Kentucky in 1996, he made Law Review and passed the Georgia Bar that summer. After five years of working for others, Richard started his own firm, Laird and Associates, P.C. in Atlanta, Georgia. His friends were primarily Alabama alumni and his closest friends were Meg and Michael Fore. He was proud to be the godfather of their daughter, Hayes. He is preceded in death by his grandparents, Dr. Albert Walter and Carol Laird and Felix Walker and Ovine Stephens. Richard is survived by his parents, David and Nancy Laird, his brothers - David Christian Laird and Stephen Bates Laird (Samantha) as well as niece, Khaliun Damdin and three nephews: Lukas, Lachlan and Oskar. His Funeral Service will be held Saturday, June 12th, 10:00 AM at St. Francis in the Fields Episcopal Church, 6710 Wolf Pen Branch Road at US Hwy 42, Harrods Creek, Kentucky. Arrangements under the direction of Pearson’s. A celebration of his life will be held in Atlanta at a later date. His employees, friends and family will gather, receive the ashes, and then distribute them to his favorite venues. In lieu of flowers, gifts may be made in Richard's memory to the Dr. A. W. "Larry", Carol, and Richard Stephens Laird Fund for Excellence in Gifted Studies at WKU, either online or by mail at The Center for Gifted Studies at WKU, Attn: Dr. Julia Roberts, 1906 College Heights Blvd, #71031, Bowling Green, KY 42101.

Richard Stephens Laird, 53, died June 1st, 2021 in Denver, Colorado. He was born in Bowling Green, Kentucky on March 17th, 1968 and made his home in Atlanta. Richard was a dutiful son and grandson. A gifted man with high intellect and extreme... View Obituary & Service Information

The family of Richard Stephens Laird created this Life Tributes page to make it easy to share your memories.

Send flowers to the Laird family.