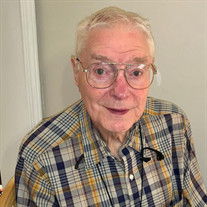 Ray Reed, age 88, passed away on January 7, 2022. He was born at Salyersville, Kentucky in Magoffin County. After graduating from high school in 1951, he attended Morehead College for two years. Drafted into the army, he served at Washington, D.C. and Okinawa. Upon completion of military service, he entered the University of Kentucky, receiving the B.S. and M.S. degrees in anatomy and physiology, in 1959 and 1960 respectively. Further graduate work was later done at Indiana University and the University of Louisville. He was a medical research assistant for a time at Indiana University Medical Center in Indianapolis, Indiana and held college teaching jobs at Cincinnati and Chicago. Returning to Kentucky in 1966, he joined the University of Kentucky Community College System at Prestonsburg, Kentucky. In the Fall of 1967, he transferred to Jefferson Community College in Louisville and was among the original 16 faculty opening the new college at First and Broadway in the Spring of 1968. He taught Anatomy and Physiology, Biology and Health for 32 years at JCC and retired in 1999. He also worked part time for a few years at the Jefferson County Health Lab. Ray had been a Kentucky Colonel for several years. He also served on the Board of Directors, Louisville Regional Science Fair, Inc., which is sponsored by the regional Kiwanis Clubs and was active in organizing the annual Science Fair for the junior and senior high school students. He was a founding member of Southeast Christian Church, where he attended services and Sunday School regularly. He enjoyed travel in the U.S., Canada, Europe, and the Middle East. Being an avid reader, he was inspired to write and publish an adventure novel, Mission to Cana, during his retirement. He was preceded in death by his first wife Janice Lea Perry and his second wife, Carolyn Smith, one sister, and three brothers. Survivors include his daughter, Krista Gail Drybrough, son-in-law Rick Drybrough, grandchildren Katelin Rae and Peter Wilson Drybrough, as well as several nieces and nephews. Visitation is at Pearson's Funeral Home (149 Breckinridge Lane) on Monday January 17, 2022 from 10:00 a.m. to noon. Funeral services will be held at noon on January 17 at Pearson's . Private burial will be at Cave Hill Cemetery in Louisville, Kentucky. Expressions of sympathy in lieu of flowers may take the form of contributions to Southeast Christian Church.

Ray Reed, age 88, passed away on January 7, 2022. He was born at Salyersville, Kentucky in Magoffin County. After graduating from high school in 1951, he attended Morehead College for two years. Drafted into the army, he served at Washington,... View Obituary & Service Information

The family of Ray Reed created this Life Tributes page to make it easy to share your memories.

Send flowers to the Reed family.