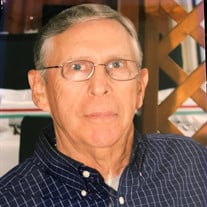 On February 8, 2021, Phil Lee Rollins, loving father, uncle, and “pappaw”, entered Eternal Life at the young age of 87. He was born on January 19, 1934 to the late William Egbert and Olga Corinne Rollins. He is preceded in death by his wife Barbara ‘Babs’ Rollins, his parents, Egbert and Olga, brother, Kenneth Rollins and niece, Corinne Nelson. Phil loved unconditionally and was a very humble man, especially when it came to his basketball career. He grew up in the small town of Wickliffe, KY where his love of basketball began as a Wickliffe High Tiger. He was the holder of the state’s four-year scoring record (2,478 points) and the only junior ever selected to Chuck Taylor’s All-American high school squad. He was a two-time Courier Journal All State choice in 1951 and 1952. Sportswriter, John C. Miller of the Evening Citizen of Cairo, Illinois wrote that Phil was “undoubtedly the greatest high school basketball player to come out of this four-state area…he was the best floor man ever seen in high school or college in this area.” Phil accepted a scholarship from the University of Louisville where he was also a member of the Kappa Alpha Fraternity. He was the starting guard and captain of the Cardinals’ 1956 NIT Championship Team. He totaled 1,060 career points and helped U of L to an 89-24 record in his four years. His #9 jersey was honorably retired by Coach Bernard “Peck” Hickman and to this day his name and number hang in the rafters of the KFC YUM! Center. After graduating from the University of Louisville in 1956 he entered the NBA draft and was drafted by the Philadelphia Warriors, but his contract had to wait, Uncle Sam came calling. Even the Army couldn’t keep him from the game. His Fort Bragg team won the Third Army Championship. After serving 21 months in the Army he began his NBA career with the Warriors, then went on to play for the Cincinnati Royals, St. Louis Hawks, New York Knicks and ended his NBA career with the Pittsburgh Rens of the American Basketball League. Following his NBA career, Phil made Louisville home for his growing family. He was the assistant basketball coach for Trinity High School and then went on to become the head basketball coach at Flaget High School where he taught physical education/health, business math and economics. After coaching he worked for Converse and John L. Hale and Associates as a Sporting Goods Sales Manufacturer Representative. Phil was inducted into the University of Louisville Athletics Hall of Fame in 1979, the Kentucky Athletic Hall of Fame in 1995 and the Kentucky High School Athletic Association in 2005. Supporting and being involved with the University of Louisville was very important to Phil. He served as President of U of L’s Lettermen Association and the Alumni Association remaining very active throughout the years. He was the driving force in the development of the “L Club Section” in both the football stadium and basketball arena. Over 50 plus years he missed less than a dozen home football and basketball games. He enjoyed tailgating with family and friends before home football games and loved watching & coaching his basketball CARDS from his front row seat, especially during the four years his grandson, Tyler, was a Team Manager for the men’s basketball team (2008-2012). Phil’s passion for basketball ran deep as he was often spotted enjoying the young talent during the Kentucky High School Basketball Tournaments. He had a great love for the game of golf. He was a member at Midland Trail Golf Club where he played to single digit handicap and was a member of the Hole in one Club. His most treasured golf memories were times with his son, grandsons, and sons-in-law. He was a World War II history buff and was fortunate enough to visit Europe and experience the WWII Tour. Phil enjoyed visiting National Parks, his last just a few years to Sequoia. He loved the challenge of working crossword puzzles and word scrambles. Left to cherish his memory are his four children whom he was most proud of and loved with all his heart. His three daughters; Brenda Miller (Frank), Vicki McCune (Charles), Debbie Rollins and his son Kenny Rollins (Leanne Metten). His four grandchildren who brought him such joy; Hannah Schuler (Michael), Dr. Tanner Miller (Beth), Tyler Miller, Kyle McCune (Katie),and his six great grandchildren that he was blessed with and absolutely adored; Remi, Emorie, Cade, Wakely, Lilah and Quinn. He will also be remembered by his nephew Kevin Rollins (Vickie), his two great nephews and one great niece. And Christine Wilcox, whom he shared 25 years of life, love, and happiness with. Phil’s family would like to thank the doctors and nurses at Baptist East Hospital and staff at Nazareth Home Clifton for the care they provided Phil. They would also like to thank his Speech Therapist, Kaitlyn Kiely for all the care, comfort, and compassion she provided Phil these past few months while at Nazareth. And to all the friends who sent cards and flowers a heartfelt thank you. His Funeral Service will be at Noon Monday February 15, 2021 at Pearson’s 149 Breckenridge Lane with burial to follow in Cave Hill Cemetery. Visitation will be on Sunday, February 14, 2021 from 11AM -4PM. Arrangements under the direction of Pearson's, "Where Louisville Goes to Remember". Memorials gifts may be made to the National Parks Conservation Association, National Wildlife Federation, or the Breast Cancer Research Foundation.

The family of Phil Lee Rollins created this Life Tributes page to make it easy to share your memories.

Send flowers to the Rollins family.