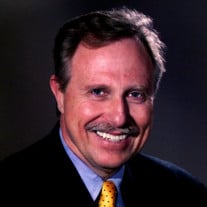 Orn Eggert Gudmundsson, Sr. of Prospect, passed away Saturday (February 1, 2020) after an extended battle with Parkinson’s disease. Mr. Gudmundsson was born January 4th, 1947 in Reykjavik, Iceland. He moved to Louisville in 1950 with his parents, Jon and Sesselja. He graduated from Louisville Country Day School, where he was co-captain of the football team, and the University of Louisville’s undergraduate college of business. Afterwards, he served as an officer in the United States Navy Supply Corps on the NATO base in Keflavik, Iceland, with a final rank of Lieutenant (junior grade). After the Navy, he joined Northland Corporation, the family hardwood lumber business, serving in various roles and rising to become its President, CEO and Chairman. As leader in the hardwood industry, he served as President of the National Hardwood Lumber Association and the Hardwood Distributors Association. He also served on the boards of the Hardwood Manufacturers’ Association, the Hardwood Federation PAC, and the Tropical Forest Foundation. He developed and maintained many strong friendships through the Bluegrass Chapter of Young Presidents Organization, where he served as President. He was a long-time member of Harmony Landing Country Club and the Pendennis Club. Orn had a love for the outdoors and spent many wonderful days hunting ducks and geese across North America. Mr. Gudmundsson maintained lifelong ties to Iceland, often visiting friends and extended family there, where he loved fly fishing for salmon. He was proud of his work as an Honorary Icelandic Consul. He is preceded in death by his parents, Jon Sig Gudmundsson, Sr. and Sesselja E. Gudmundsson and his brother-in-law, Burgess A. Davis. Orn is survived by his wife of 51 years, Susan Varga, and by their son Orn, Jr. (Greta) and daughter Harper Becker (Aaron), brother Jon, Jr. (Susan Swinney), sister Hilda G. Davis, and grandchildren: Liv, Ella, and Signe Gudmundsson; Crawford, Emerson and Blake Becker. He will be missed by all. The family is grateful for the love and kindness shown to Orn by his caregivers. Visitation will be held at Pearson’s, 149 Breckenridge Lane on Friday, February 7th from 4:00 to 7:00 pm. A funeral service will be held at St. Francis in the Fields 6710 Wolf Pen Branch Road on Saturday, February 8th at 11:00 am followed by a private burial. In lieu of flowers, the family requests donations in his honor to the Michael J. Fox Foundation for Parkinson's Research.

Orn Eggert Gudmundsson, Sr. of Prospect, passed away Saturday (February 1, 2020) after an extended battle with Parkinson&#8217;s disease. Mr. Gudmundsson was born January 4th, 1947 in Reykjavik, Iceland. He moved to Louisville in 1950 with... View Obituary & Service Information

The family of Orn Eggert Gudmundsson Sr. created this Life Tributes page to make it easy to share your memories.

Send flowers to the Gudmundsson family.