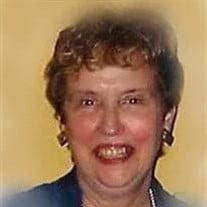 Maynette Bailey Smith, nee Maynette Elizabeth Bailey, passed from this life on June 2, 2021. Born in Louisville, Kentucky on July 16, 1931, Maynette was a woman ahead of her time. A 1949 graduate of Sacred Heart Academy, Maynette went on to attend the University of Louisville, where she served as President of the Alpha Xi Chapter of the Kappa Delta Sorority. She earned her Bachelor’s in Business Administration from the University of Louisville, and embarked on a career as an administrative assistant to the President of Reynolds Metals. In later years, Maynette worked as a Vista Volunteer and as a sales merchandiser. In 1958, she married Addison Romaine Smith, II, and became an active and devoted mother to her two children, Maynette Escott and Allison McSherry. In 2005, after 47 years of marriage, Addison passed away. In 2008, Maynette again found love and married her childhood friend, Lt. Col. Ewell (Elliott) McCallum. They enjoyed seven years together, before Elliott passed away in 2014. Maynette was an avid life-long learner, enjoying reading, movies, museums, and the arts. In addition to book review groups, she was a member of the Filson Club Historical Society and the J.B. Speed Museum, and enjoyed many seasons of Actors Theater of Louisville. Maynette is survived by her daughters Maynette Smith (Leonard Duncil) and Allison Jones (Brian Jones); her grandchildren Bailey Jones, Bryce Jones, and Ethan Duncil; her goddaughter, Mary Hope McCallum; her Brother-In-Law and Sister-in-Law Vance and Greta Smith; nephew Emmett Smith (Christina) and grand-nieces Hope and Faith Smith; and niece Holly Smith. She was preceded in death by her parents, Nora Marie and Paul Bailey; her brother, Paul Bailey, Jr.; and her husbands, Addison R. Smith, II, and Lt. Col. Ewell (Elliott) McCallum (Ret.) Funeral Service 2 pm Monday June 7, 2021 at Pearson’s, 149 Breckenridge Lane with private burial to follow at Cave Hill Cemetery. Visitation Noon Monday until time of service. In lieu of flowers or other tokens of remembrance, the family requests that donations be made to Kentucky Educational Television (KET) 600 Cooper Drive, Lexington, KY 40502; Down Syndrome of Louisville, 5001 South Hurstbourne Parkway, Louisville, KY 40291; or Hosparus Health, 3532 Ephraim McDowell Drive, Louisville, KY 40205.

Maynette Bailey Smith, nee Maynette Elizabeth Bailey, passed from this life on June 2, 2021. Born in Louisville, Kentucky on July 16, 1931, Maynette was a woman ahead of her time. A 1949 graduate of Sacred Heart Academy, Maynette went on... View Obituary & Service Information

The family of Maynette Bailey Smith created this Life Tributes page to make it easy to share your memories.

Send flowers to the Smith family.