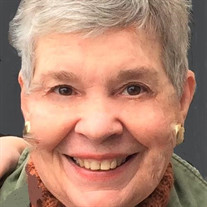 Lynn Scholl Renau, 74, died on December 22, 2016. A proud lifelong Louisvillian, she graduated from the Louisville Collegiate School, received her B.A. in history from the University of Louisville, and her M.S.W. from the University of Louisville Kent School of Social Work. After an early career in social work, she served as curator of the Filson Club Historical Society and The Kentucky Derby Museum. An antiques expert and longtime judge at the Kentucky State Fair in many categories of their Antiques competitions, she lectured frequently on historic preservation, Kentucky history, silver, and primary document research. She was bestowed the Honorable Order of the Kentucky Colonel for her research on Kentucky’s early monetary system and honored by Churchill Downs with the Isaac Murphy Award for her trailblazing research on African American contributions to thoroughbred racing. She was a champion for historic preservation and helped numerous organizations research, document, and achieve historic landmark status. She was awarded the Historic Preservation Medal in 2008 by the Daughters of the American Revolution for Outstanding Achievement in Historic Preservation. She authored and published So Close From Home: The Legacy of Brownsboro Road in 2007, for which she received a Kentucky History Award from the Kentucky Historical Society in 2008. Her other publications included Racing Around Kentucky and numerous articles for local and national publications, including The Kentucky Encyclopedia. In retirement, she served as a devoted docent for Historic Locust Grove, was active with the Windy Hills Garden Club, and continued as a spry member of many decades at Milestone Fitness Center, where she was known as “Ballet”. She was preceded in death by her loving husband, Donald Irwin Renau. She is survived by her beloved dog, Lord Barkley, and her daughters, Christian Worth (Ben) and Alicia Michal Rasmussen (John), as well as four grandchildren, each of whom she was fiercely proud: Emma and Henry Worth and Lily and Toby Rasmussen. A memorial service will be held at 2 p.m. on Sunday, February 5, 2017, at the Locust Grove Visitors Center, 561 Blankenbaker Lane, Louisville, KY 40207. In lieu of flowers, the family requests donations in Lynn’s memory to Locust Grove, in support of the Book Sale, www.locustgrove.org, or the charity of your choice.

The family of Lynn Scholl Renau created this Life Tributes page to make it easy to share your memories.

Send flowers to the Renau family.