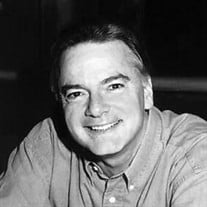 Kenneth Gregory Haynes, 75, died on November 1, 2020. He was surrounded by those he most cherished, and embraced in the loving thoughts of many friends who will never forget his ready smile and laugh, his dry wit and his keen intellect. He met the love of his life, Sallie, when they both attended Seneca High School. Greg graduated from Davidson College, and they married in 1969 before his last year at the University of Kentucky College of Law. With his law degree in hand, they moved to Washington D.C., where Sallie obtained her own law degree at George Washington University Law School. At the same time, Greg began his distinguished career as a trial attorney with the United States Department of Justice. This introduced him to high stakes litigation. No doubt its youngest member, Greg joined the team of lawyers defending President Nixon during Watergate. This gave Greg the chance to watch then-legal giants in action, Charles Allen Wright and Leonard Garment, among others. Greg was in the room when everyone sat still for the infamous 18 ½ minute gap on the tape recording. This early encounter with high-profile litigation fed an appetite to succeed as a trial lawyer in the big cases, and he handled many during his prolific career. Greg and Sallie returned to Kentucky in 1975 when he joined the firm of Wyatt Grafton & Sloss, now Wyatt Tarrant & Combs, LLP. Greg soon became a full partner and, over the decades, chaired the firm's Litigation Department and served on its Executive Committee. Though too humble to admit it, Greg became recognized as one of the best trial lawyers around, working as lead counsel in the most complex cases. Ranking organizations, like Super Lawyers, Best Lawyers, Benchmark, Chambers USA and Louisville Magazine, repeatedly bestowed their highest accolades on Greg: "Lawyer of the Year," "Top Lawyer," "bet-the-company" litigator, "a truly excellent litigator who just owns the courtroom," "about as good as it gets," or "top of anybody's list of all-star litigators." He was elected a Fellow in the prestigious American College of Trial Lawyers. And in 2015, the Kentucky Bar Association presented him with the "Distinguished Lawyer Award" at its Annual Convention. While still Senior Counsel at Wyatt, Greg taught the trial practice course at The University of Louisville Brandeis School of Law, as recently as last year. Throughout all this success, Greg never wavered from the highest standards of ethics, professionalism and civility, and he always treated everyone with respect, decency and kindness. He was a Master in the Brandeis Inn of Court for decades, as well as a past President. Last year, the Inn presented him with the Judge Ben Shobe Award for Civility & Professionalism. He devoted time to a number of charitable and civic organizations, including as a Fellow of the Kentucky Bar Foundation, as President of the Louisville Bar Association, as Chair of the Housing Authority of Louisville, and as a member of the Public Advocacy Commission, the Kentucky Opera Board, the Louisville Zoo Society, and the Louisville Metro Parks Board. Notwithstanding his busy professional life, Greg always appreciated a good time. He loved the Dodgers and reveled in their recent World Series victory. He enjoyed entertaining friends, especially on New Year's Eve with a bonfire or outside when the gardens bloomed at Tuliphurst, the historic home he and Sallie restored and treasured. In the evenings, you could reliably find him reading fiction or poetry on the porch or in front of the fireplace with Sallie, often with a glass of his preferred gin in hand. He frequently could be heard flawlessly reciting a favorite poem from memory, including "The Cremation of Sam McGee" (Robert Service) or "Out to Old Aunt Mary's" (James Whitcomb Riley) --"And, O, my brother so far away. This is to tell you she waits today to welcome us...And all is well Out to Old Aunt Mary's." Most of all, Greg enjoyed being with his wonderful family, who will miss him in too many ways to describe. "The sweeping up the heart/ And putting love away/ We shall not want to use again/ Until eternity" (Emily Dickinson). Greg and Sallie had a loving, joyful marriage - celebrating their Golden Anniversary last year - and together they raised three daughters who became accomplished women and outstanding individuals. Greg is survived by Sallie, their three daughters and six grandchildren: the Reverend Katherine Haynes Murphy (Colin) and grandchildren Calloway Patrick Murphy, Quinn Scott Murphy and Kerrigan James Murphy, of Huntersville, North Carolina; Amanda Haynes Ross (Brydon) and grandchildren Sallie Gregory Ross, Carolina McCall Ross and Forrest Haynes Ross, of Crestwood, Kentucky; and Alexandra Haynes Sollberger (Michael) of Nashville, Tennessee. Greg also has two surviving brothers: Douglas S. Haynes (Dr. Julie S. Lee) of Louisville, Kentucky, and Mark F. Haynes (Caroline) of Arlington, Virginia; and brothers-in-law John J. Schulten Jr. (Linda) of Brownsboro, Kentucky, and Wm. Scott Schulten (Tina) of Atlanta, Georgia. Given pandemic concerns, the family will have a private memorial service. To continue Greg's dedication to public service, the family requests that expressions of sympathy be made to the Legal Aid Society, 416 West Muhammad Ali Blvd, Suite 300, Louisville, KY 40202 (https://www.yourlegalaid.org/ourdonors).

Kenneth Gregory Haynes, 75, died on November 1, 2020. He was surrounded by those he most cherished, and embraced in the loving thoughts of many friends who will never forget his ready smile and laugh, his dry wit and his keen intellect. He... View Obituary & Service Information

The family of Kenneth Gregory Haynes created this Life Tributes page to make it easy to share your memories.

Send flowers to the Haynes family.