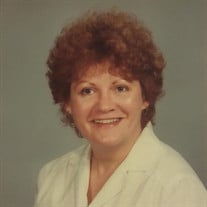 Judith Dawn Sochor (née Noe) passed away May 5 aged 87. She was the mother of Nicole and Daniel, grandmother to Sam and Courtney and aunt to Monique. Judy was a Louisville girl - though born in New Jersey, where she stayed all of six weeks. In the Great Depression of 1932 her father, Courtney Noe, who studied racing form, was following the horses with his expectant wife to feed the family. Judy was born to Julia (née Phipps) and Courtney Noe who was a golf champion and pro at Cherokee Golf Course. It was there that young Judy hid all day in a hollow tree stump pretending to be a honey bear, innocently emerging to find she had sparked a police hunt. Judy staunchly defended her brother Courtney junior who often got into scrapes. Once, she jumped from the shower to chase bullies who’d persuaded Courtney to be a gong, put a saucepan on his head and hit it with a baseball bat. When Courtney junior was locked in the bathroom for a misdemeanour, she lifted him out the window to buy a soda, returning home before anyone noticed. Judy was a repository of family lore and proud of her colourful forebears, including the Younger brothers who rode with Jesse James and Jim Porter, the Shippingport Giant. Judy recalled the Great Flood of 1937 when her father raced their car along the railway tracks to rescue family from low-lying land ahead of the rising water. The family moved to the safety of the Highlands, and then to Pennsylvania Avenue in Crescent Hill in the Forties. (Disaster struck again in 1974 when a tornado sent a tree crashing through the roof as the family fled to the basement with a Bible, flashlight and bottle of bourbon.) Despite its small size the house was home through the years to her cousins from New York, and later to her children, and grandchildren visiting from England. A long-time member of St Mark’s Episcopal Church, Judy sang in the choir throughout her life and was buried in her choir robe. She had a fine soprano voice and played the piano. Aged 12, she won a national art contest but was too young to take the prize of an art school scholarship. She attended Indiana University, Bloomington but her family lacked funds to see her to graduation. (In her forties she bravely returned to studies at Western Kentucky University, excelling at French.) During a visit to New York with her aunt Margaret Moynihan and cousins Pat, Mike and Ellen, she met her future husband Eugene Sochor, a Jewish refugee and journalist. He became press attaché at Unesco, Paris, where she attended the Sorbonne. After their divorce she returned to Louisville, eventually becoming a French teacher. Madame Sochor, as she was known, was popular for making French fun with bingo, candy prizes, songs and animated cartoons. She had a romantic, aesthetic temperament and put her heart into all she accomplished. She had a strong moral compass and caring nature, volunteering to work with refugees and entertaining seniors. Music, literature and her garden were her great enthusiasms. A life-long vegetarian, she loved cooking for family and friends and sharing a glass of Makers’ Mark on the back porch. In her later years she was looked after by her son Daniel, a lawyer and linguist, with whom she enjoyed spirited discussions on world affairs. Her final months of illness with cancer at the Episcopal Church Home were borne stoically and with humour. In the lockdown she was sustained by calls and gifts from friends and family. Judy often said she was blessed with wonderful neighbours and, notwithstanding Covid-19, they stood alongside her son in masks at the graveside rites at Cave Hill, officiated by the Rev. Candyce Loescher of St Mark’s. (Her daughter, who lives in England, could not attend owing to travel restrictions.) Judy was laid to rest next to her father under bright blue skies.

Judith Dawn Sochor (née Noe) passed away May 5 aged 87. She was the mother of Nicole and Daniel, grandmother to Sam and Courtney and aunt to Monique. Judy was a Louisville girl - though born in New Jersey, where she stayed all of six weeks.... View Obituary & Service Information

The family of Judith Noe Sochor created this Life Tributes page to make it easy to share your memories.

Send flowers to the Sochor family.