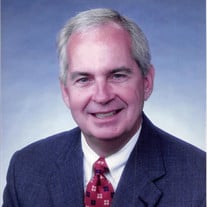 John (Jack) P. Reisz, 76, died on October 10, 2021 at home surrounded by his girls. He was born to Aloysius Ignatius and Susan Ward Reisz in Henderson, Kentucky on November 5, 1944, the sixth of eleven children. After graduating from Reitz Memorial High School in Evansville, Indiana he attended the University of Kentucky and UK Law School graduating in the class of 1969, ''the best class ever." He began his career in the Office of Legal Services of the U.S. Army Missile Command in Huntsville, Alabama. He moved to Louisville in 1971 to join the law firm of Greenebaum, Doll & Matthews. He retired from his distinguished law career at Wyatt, Tarrant & Combs in 2008 having been recognized by his peers as one of the Kentucky Super Lawyers and The Best Lawyers in America in Bankruptcy and Creditor Debtor Rights. "Captain Jack" then became co-owner of Wooten River Service which he operated with a partner until recently. Jack was a long-time member of the Louisville Boat Club, the Port of Louisville Propeller Club, the Thoroughbred Club of America and Calvary Episcopal Church. His true passion was breeding and racing thoroughbred horses as Red Branch Stable. He spent many a day rooting for his horses, certain that each one was "the best one yet," and handicapping races, always claiming he "broke about even." He loved his tennis and was most proud of being on a USTA National Championship team. Jack was an avid UK Wildcat fan and University of Kentucky Fellow never missing an opportunity to cheer "Go Big Blue." He will be remembered by all who knew him for his clever sense of humor and generosity, always ready to tell a joke and share a laugh. Jack is survived by Sally Reisz, his wife of forty years, and his three daughters Carey Reisz, Betsy Reisz Murray (Cody) and Katie Reisz (Michael McIntire). He is also survived by his siblings Anne Chandler (Bob), Jim Reisz (Denise), Susan Walsh (David), Tom Reisz (Tom Guillermo), Joe Reisz (Mary), Steve Reisz (Gingie), Carolyn Robledo and George Reisz (Colleen), and many nieces and nephews. He was predeceased by his parents, two brothers, Al Reisz and Eddie Reisz, and a nephew Bart Chandler. Visitation will be Wednesday, October 13, from 3 p.m. until 7 p.m. at Pearson Funeral Home, 149 Breckenridge Lane. A funeral service will be held Thursday, October 14, at 1 p.m. at Calvary Episcopal Church, 821 S. 4th Street, followed by Committal in the Calvary Burial Ground. Expressions of sympathy may be sent to the Calvary for the Future Fund, Calvary Episcopal Church, 821 S. 4th St., Louisville KY 40203 or TKO Parkinson's, c/o Doug Pifer, 2828 Klondike Ln., Louisville, KY 40218.

John (Jack) P. Reisz, 76, died on October 10, 2021 at home surrounded by his girls. He was born to Aloysius Ignatius and Susan Ward Reisz in Henderson, Kentucky on November 5, 1944, the sixth of eleven children. After graduating from Reitz... View Obituary & Service Information

The family of John (Jack) P. Reisz created this Life Tributes page to make it easy to share your memories.

Send flowers to the Reisz family.