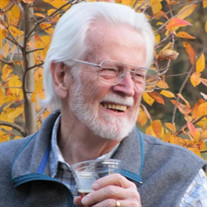 John T. Dennis, Jr passed away peacefully August 21, 2021. He was preceded in death by his parents, John T. and Lenna Mae Dennis. He is survived by his wife, Marlene Toon Dennis; daughter, Jan Noe (Ty); son, John F. Dennis (Suzi); stepsons, Aaron Reul (Lindsay), Adam Reul, grandchildren, Jay Noe, Kady Dennis, Alex Reul and Chris Reul; sister, Sherry Lackey and cousins, nieces and nephews. John was born in Lexington Ky and completed his education there. John was an active member of the Masons while in Lexington. When the military called, he served his country with honor in the U.S. Navy during the Korean War as a radio and radar specialist. After the war he began his career with AT&T in Lexington as a Toll Test Man where he also served a Union steward for the CWA. He was promoted and relocated to Louisville Ky with South Central Bell. He held numerous management positions including PBX installation, Network area staff and Area System Manager. John loved the work he did and the people he worked with. He retired from BellSouth after 33 years service. John was a member of The American Legion post 201 in Louisville. He also enjoyed volunteering with the Kentucky Derby Festival, (Mini Marathon, Run for the Rose, and Parade) and Telephone Pioneers. John was active in two local home brewing groups, the LAGERS (Louisville Area Grain Extraction Society) and the Fossils (Fomenters of Special Southern Indiana Libation Society). He enjoyed brewing, but the people, and group activities truly excited him. He was a beer steward and a home brew judge for the KY State Fair and other home brew groups. Funeral service will be held at 10 a.m. on Friday, August 27, 2021 at Pearson’s, 149 Breckenridge Ln. with burial in Lexington (KY) Cemetery. Visitation will be on Thursday from 3-7 p.m. Donations in his memory can be made to the March of Dimes.

The family of John T. Dennis Jr. created this Life Tributes page to make it easy to share your memories.

Send flowers to the Dennis family.