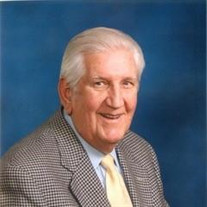 Joel Thomas ( Tom) Horton, 81, of Clemson, SC. died September 7, 2019 at home of heart and lung complications. He was the son of the late Herman Horton and Grace Sanders Horton of Carter County, Kentucky. He leaves behind Sharon, his wife of 57 years, a daughter Ra-chel Horton ( Doug Jansen) of Clemson and a son Aaron also of Clemson; a brother, Carroll L. ( Charlene) Horton of Lexington KY and a sister, Alice Lee ( Charles) Seipelt of Milford OH. His oldest child, Teresa Anne ( Tracy) Horton, passed away in 2015. Born April 13, 1938, Tom was a native of Grayson, KY and graduated from Prich-ard High School in 1956. Following graduation from Morehead (KY) State Univer-sity in 1960 he joined Ashland Oil Corporation in Ashland KY as an accountant and it was there he met Sharon; they married in 1962. In 1965 he became Assis-tant Administrator of the State Tuberculosis Hospital in Ashland. The family moved to Louisville in 1970 to obtain better medical services for their daughter Tracy, a special needs child. Tom was in the first class to be licensed by the state of Kentucky as a Professional Administrator. The highlight of his career occurred in 1973 when we was appoint-ed Administrator of the historic Episcopal Church Home. Under his leadership, the Church Home evolved to become the premier long term care facility in the state. Tom retired from the Episcopal Church Home in 1999, but a year later he was asked to join Presbyterian Homes of Louisville as Executive Director. After serv-ing that organization for four years, he retired in 2004. Throughout his 39 year ca-reer in long term care, he demonstrated a passion and commitment to servant leadership and in so doing improved the lives and experiences of thousands of Kentuckians. Tom was active in several long-term care organizations. He was twice elected president of the Kentucky Association of Homes and Services for the Aging. He was very active in the American College of Health Care Administrators, serving twice as president of the KY chapter as well as holding regional and a national of-fice in the organization. He was ahead of his time by launching formal diversity and inclusion programs to employ Louisvillians with various disabilities. Tom had a very successful and rewarding career, and he felt he owed much of the credit to loyal staff members who served him with dedication over the years. Tom was involved in several civic and service organizations. He was a 55-year Mason, a member of the Scottish Rite, the Sons of the American Revolution, First Families of Kentucky, and was a Kentucky Colonel. He served six years in the US Army Reserves. In 2008 he wrote and published the "History of Louisville's Episcopal Church Home". Tom especially enjoyed Civil War history and touring battlefields and cemeteries. He was always interested in discovering what was around the next curve in the road, and that spirit of adventure enabled him and Sharon to explore every state in the US In addition they visited over 60 countries. He celebrated his 75th birthday by sky-diving. A memorial service for Tom will be held at Pearson's on Thursday, September 26, at 6:30 pm. The family will greet visitors at 4-6:30. A Celebration of Life ceremony will be held on Hilton Head Island, SC on Septem-ber 19, 2019 from 2-4 on Dolphin Head. An interment service will be held at a later date at Calvary Cemetery in Ashland, KY. The family requests that in lieu of flowers, memorial gifts be made to Cedar Lake Lodge, 7984 New LaGrange Road, Louisville, Ky. 40222 or cedarlake.org.

Joel Thomas ( Tom) Horton, 81, of Clemson, SC. died September 7, 2019 at home of heart and lung complications. He was the son of the late Herman Horton and Grace Sanders Horton of Carter County, Kentucky. He leaves behind Sharon, his wife... View Obituary & Service Information

The family of Joel Thomas "Tom" Horton created this Life Tributes page to make it easy to share your memories.

Send flowers to the Horton family.