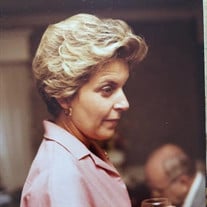 Janice “Jan” Vick Otto, born in Central City, KY August 8, 1938, who was the eldest daughter of Dean Robertson Vick and Herbert “Buddy” Vick, died peacefully the morning of March 26, 2019. Janice was a proud 1956 graduate of Shawnee High School, attended Spencerian Business College and went on to work in the Engineering Department at Bell South where she met her husband-to-be, Richard C. Otto. Janice and Richard were married in Louisville, March 25, 1960, and had two children, Stacy and Dean. During his 38-year career, Janice and Richard were transferred with the Bell System from Louisville to Owensboro, Atlanta, Charlotte and Stirling, NJ where Richard commuted to AT&T headquarters in New York City. But they always longed to return to their Old Kentucky Home, and when an opportunity opened, they returned to Louisville. After eight years in Dublin, OH engineering a start-up fiberoptics telecom company, they moved to Wrightville Beach, NC on Harbor Island, where they lived for 13 years. The hurricanes of the ‘90s encouraged a move back to Louisville, but the enchantment of “the beach” took them back to Wrightsville one last time where Jan was preceded in death by Richard in July 2015. Jan was a loving wife, daugher, mother, sister and friend to many, and, as a true extrovert, she was particularly well-suited to adapt to new places and people with her outgoing personality, love of new experiences, and true enjoyment of people’s stories. Jan honestly never met a stranger and would listen and talk, truly engaged, for hours on end. Jan worked in residential and commercial interior design and always created a beautiful home filled with color and love. She was passionate about reading, loved music and dancing, and was an outstanding cook. She and her sister, Kay, owned a restaurant, Sisters’ Kitchen, where the line was typically out the door and whose desserts were legendary. Jan is survived by her sister, Kay Matton, her daughter Stacy Otto of Bloomington, IL and Cushing, ME, her son Dean Otto of Charlotte, NC, her daughter-in-law Beth, and grandchildren Will of Chapel Hill, NC and Grace of Charlotte. There will be a celebration of Jan’s life Saturday, May 18, 12:00-2:30 p.m., at Louisville Country Club. Cremation was chosen. At a later date, Jan and Richard’s ashes will be spread about the Silver Glen at their favorite place on earth, the Juniper Club in Astor, FL. The family requests that expressions of sympathy be made to The Altenheim, 936 Barret Ave., Louisville, KY 40204 or Hosparus Health of Louisville, 3532 Ephraim McDowell Dr., Louisville, KY 40205.

The family of Janice 'Jan' Vick Otto created this Life Tributes page to make it easy to share your memories.

Send flowers to the Otto family.