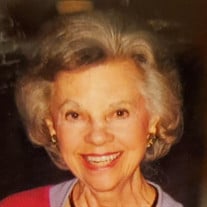 Jane Murrill Jones, 86, of Louisville, Kentucky and formerly of Harbor Point, Michigan, died on September 3rd after a long illness. Jane was born in Kansas City, Missouri on February 9, 1934 but spent much of her childhood in Gallatin. She attended the University of Missouri, Columbia where she majored in journalism and was active in the theater. Jane also attended the Kansas City Conservatory of Music for two years, which sparked a lifelong passion for the performing arts. After college, Jane married Thomas C. Peterson of Kansas City and had two children, Beth and Tom. They spent their summers in Harbor Springs, Michigan. She continued to support the arts by singing with The Notables and acting with The Barn Players. She was also a member of the Junior League of Kansas City. Jane’s second marriage was to S. Paul Jones, III of Louisville, Kentucky in 1978. They summered on Harbor Point and wintered in Florida on their boat. When they moved back to Louisville Jane was very active in P.E.O. and the Kentucky chapter of the Colonial Dames of America. She was also a member of St. Matthews Episcopal Church. In Michigan she was a member of the Little Harbor Club, served on the board of directors of the Harbor Point Association for many years and was senior warden of St. John’s Episcopal Church. Jane was a true entertainer. Everything she did was a production, from playing classical music and show tunes on the piano to serving her hot clam dip at parties. She was forever playing “These Foolish Things (Remind Me of You)”. Aside from being a gracious and welcoming hostess, she was an avid bridge player, traveler and loved to be at the net in tennis. Jane was a joiner, a doer and an enthusiastic volunteer who was always bringing people together. She was the life of the party, her humor lightened the mood and she always had a spring in her step. Jane was preceded in death by her parents, H. Raymond and Eglantine Thompson Murrill of Kansas City, Missouri, as well as her sister-in-law, Anne Jones Morton Kimberly, brother-in-law, Rogers Clark Ballard Morton and brother-in-law, John R. Kimberly, all of Easton, Maryland. Jane is survived by her husband of 42 years, S. Paul Jones, III, children, Margaret Elizabeth Peterson Sykora (Mike), Thomas H. Peterson (Marcia), grandson, Christopher Franca Peterson; stepchildren, Saunders P. Jones, IV, Lucy Fontaine Jones (Steven Nicley), Paxton Hammon Prather Jones, Rowland Morgan Jones and step-grandchildren, Sarah Lawrence (Lolly) Langman and Townsend Witty Jones. The family wishes to thank the staff at Jefferson Place for their wonderful care of Jane. Due to Covid-19, we will have a service celebrating Jane’s life at a later date. In lieu of flowers, contributions may be made to St. Matthews Episcopal Church, 330 N. Hubbards Lane, Louisville, Kentucky 40207 or St. John’s Episcopal Church, 278 W. 3rd Street, Harbor Springs, Michigan 49740.

Jane Murrill Jones, 86, of Louisville, Kentucky and formerly of Harbor Point, Michigan, died on September 3rd after a long illness. Jane was born in Kansas City, Missouri on February 9, 1934 but spent much of her childhood in Gallatin. She attended... View Obituary & Service Information

The family of Jane Murrill Jones created this Life Tributes page to make it easy to share your memories.

Send flowers to the Jones family.