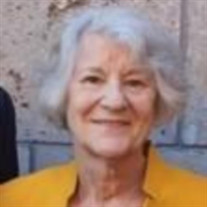 It is with deepest sadness that we announce the passing of Ina Hagan: a devoted sister, wife, mother and grandmother. Ina passed away Monday December 28th at her daughter’s home surrounded by her children and grandchildren. Ina was born in Wierden, Holland to John and Elizabeth (Roeloffzen) Becking on February 23rd, 1935. She immigrated with her family to Terre Haute, IN in 1953. On October 9th, 1965 she married Herbert Hagan Jr. and moved to Louisville. They were married for 37 years until Herbert’s death in 2002. She lived in Crestwood for over 30 years and spent the last 6 years at the Masonic Home in Louisville. Ina was most remembered and celebrated as a devout Catholic. Her life was dedicated to Christ and His Church. She raised her children to embrace these same values and left a lasting impression on all she met. Ina was a member of Immaculate Conception in LaGrange and Holy Spirit in St. Matthew’s. Her autobiography, Looking Back, captured her experience living under the Nazi occupation of Holland. Ina is survived by her brother, Jozef Becking of Terre Haute, children: Paul Hagan (Kristy) of Lake St. Louis, MO, Kristie Vanlandingham (Scott) of Louisville, and Joseph Hagan (Lisa) of Littleton, CO; her 11 grandchildren: Alex, John, Matthew, Elli, Patrick, Andrew and Sarah Hagan and Ethan, Leah, Luke and Will Vanlandingham; and many in-laws, nieces and nephews. Visitation will be on Friday Jan 1st from 4:00 – 8:00, Rosary at 7:30 at Pearson Funeral Home, 149 Breckenridge Ln, Louisville, KY 40207. The Funeral Mass will be celebrated at 10am on Saturday Jan 2nd, at Holy Spirit, 3345 Lexington Rd, Louisville, KY 40206. Burial will be at Valley Rest Cemetery in LaGrange, KY following the funeral. COVID-19 restrictions will be respected at each service. In lieu of flowers, the family is building a Catholic chapel in Ina’s honor in Montego Bay, Jamaica and would like donations given to Food for the Poor, http://www.foodforthepoor.org/mg project code 151400. In addition donations can be made to the Carmelite Monastery in Terre Haute, IN: https://heartsawake.org/index.php/donate/.

It is with deepest sadness that we announce the passing of Ina Hagan: a devoted sister, wife, mother and grandmother. Ina passed away Monday December 28th at her daughter&#8217;s home surrounded by her children and grandchildren. Ina was born... View Obituary & Service Information

The family of Ina Becking Hagan created this Life Tributes page to make it easy to share your memories.

It is with deepest sadness that we announce the passing of Ina...

Send flowers to the Hagan family.