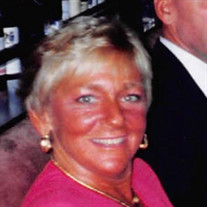 Holly Dee Beam, 76, died Thanksgiving Day, November 25,2021 in Indian Wells, California. She was born August 31, 1945 in Louisville, Kentucky to Jeanne and John Beam . Holly attended Louisville Collegiate School and graduated from Atherton High School. She attended the University of Kentucky and graduated from the University of Louisville where she earned a Master's Degree in early childhood education. She taught special needs children in Louisville before working for Makers Mark in public relations. The Betty Ford Clinic brought Holly to California and her love of warm weather and sunshine kept her there. She wrote for a small Palm Springs newsletter and volunteered at the Betty Ford Clinic where she served as both a mentor and an ambassador. Post polio syndrome finally made it impossible for Holly to care for herself. She fought the good fight and never gave up despite the obstacles she faced throughout her entire life. Holly is predeceased by her parents and is survived by her siblings, John G. Beam JR.(Taffy), Bradley Beam, and Laurie Thompson(Van). Holly treasured her special relationships with her nieces and nephews John and Tyler Beam, Greer Coleman, Eliza Larkin Thompson, Bradley Beam and Blair Etherton and her great nieces and nephews Tyler, Ellie, Molly, Jack, Lucy and Van. The family wants to thank Henry Sanchez of Precision Care for providing Holly's caregivers, especially Laura, Paulette, and Christina, Jane Frick of Reliance Hospice of Palm Desert and Cyndy Zaech of Mira Vista Manor. There will be a private graveside service at Cave Hill. Expressions of sympathy may be made to the Betty Ford Clinic, 39000 Bob Hope Drive, Rancho Mirage, Ca.92270 Arrangements under the direction of Pearson's, "Where Louisville Goes to Remember".

The family of Holly Dee Beam created this Life Tributes page to make it easy to share your memories.

Send flowers to the Beam family.