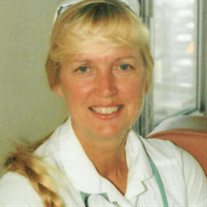 Helen Wren Stengel, 86, passed away on December 4th in her home surrounded by her loving children and grandchildren. She was born and grew up in Lebanon, Ohio during the depression and worked during high school as a cosmetologist. After making enough money, she then became the first in her family to go to college, putting herself through nursing school at the Good Samaritan College of Nursing in Cincinnati. While on a clinical rotation at Our Lady of Peace Hospital in Louisville, she met the love of her life, Gilbert Stengel and they were married in 1958. They raised four children in Louisville, KY, where she worked as a geriatric nurse at St. Matthews Manor nursing home. After her children left home, she worked for the American Red Cross and traveled all over Kentucky with their blood mobile until she retired from nursing in 1997. During that time they lived in Bowling Green, KY until they moved back to Louisville in 2010. Her husband Gil passed away in 2019 and her final place of residence was at Morning Pointe Senior Living in Frankfort, KY to be near her daughter, Tracey. Helen was an amazing baker, a talent passed on from her mother, Cleo Wren. She was especially known for her pies and it was nothing for her to bake a dozen or two of them for special events. She was also known for the tradition of cookie baking at Christmas and would bake thousands to give to her family and friends. She is survived by her only remaining brother in law, John Vincent Stengel, 99, of Floyds Knobs, IN; her four children: Jennifer Wentworth (Rance) of Bowling Green, KY; Gilbert Stengel, Jr. (Yuki) of Burlington, KY; Tracey Butler (Wendell) of Frankfort, KY; and Bradford Stengel (Charlotte) of Louisville, KY; Eight grandchildren: Ezra, Eric, Catherine, and Natalie, Samantha and Maxwell, Morgan (Joe) and Meagan, a bonus grandchild, Teague, and one great grandchild, James. Visitation will be at Pearson’s 149 Breckenridge Lane; Louisville, KY on Saturday, December 18 from 10-11:30 am with a funeral service to follow at noon in their chapel. In lieu of flowers, donations in Helen’s honor may be made to the American Red Cross. The family wishes to extend their heartfelt appreciation to all of the angel employees at Morning Pointe, who loved her like family. Arrangements under the direction of Pearson's, "Where Louisville Goes to Remember".

Helen Wren Stengel, 86, passed away on December 4th in her home surrounded by her loving children and grandchildren. She was born and grew up in Lebanon, Ohio during the depression and worked during high school as a cosmetologist. After making... View Obituary & Service Information

The family of Helen Wren Stengel created this Life Tributes page to make it easy to share your memories.

Helen Wren Stengel, 86, passed away on December 4th in her home...

Send flowers to the Stengel family.