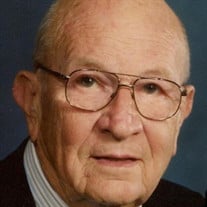 Harry King Hardin Jr, 92 passed away peacefully at home in Prospect Kentucky, on March 8th, 2022. Harry was a lifelong Kentucky resident, having been born July 11th, 1929 as the only child to Harry and Eula Hardin. Harry graduated from DuPont Manual High School in 1948, and began studying at the University of Louisville Speed Scientific School, when He was called to serve his country in the Korean War. From 1951-52 Sergeant Harry K. Hardin Jr. served in Korea with the 92nd Armored Field Artillery Battalion, known as the “Red Devils”. Harry commanded a howitzer unit that dropped 155mm shells on North Korean targets during the war. Upon returning stateside after completing military service Harry returned to his studies at the University of Louisville, obtaining a Bachelor of Science in Commerce in 1958. Harry began his 38 year career with the Brown Forman Corporation while in school. He worked as Controller in the Accounting Division and was instrumental in the implementation of the personal Computer into the company. On October 16th, 1955 Harry married Doris Louise Weigel and remained by her side until she preceded him in death on March 29th, 2011, after 56 years of marriage. Together they raised three sons Keith R. Hardin (Susan), Craig W. Hardin (Carmela), and Douglas K. Hardin (Patricia). They survive along with Harry’s six grandchildren, Cassandra, Cameron (Christine), Carys, Harrison (Rachel), Benjamin, and Harry III. Harry K. Hardin Jr is also remembered for his Community service and many creative inventions. He was known to many for his love of decorating for the holidays. In the early 1950’s , Harry created an analog timing computer that changed colors on a Christmas tree in his front yard. This was unheard of at the time and received recognition in the Courier Journal and Louisville Times. One of his decorations can still be seen at the entrance to the Hunting Creek subdivision in Prospect Kentucky during the Christmas season, where a large green wreath with red bow are prominently displayed. Harry also served Prospect in other ways, serving on the Prospect Ordinance review board in 2004, the Mayors advisory Committee 2006-2007, and the Prospect Forestation Board in 2008. In 2010 Prospect Mayor Eberle conveyed the coveted Craigmyle Public Service Award to Harry for his involvement with volunteer activities and service to the City of Prospect for many years! Funeral service will be at noon, Monday, March 14 at Pearson's, 149 Breckenridge Ln with burial to will follow at the Hardin Family grave site in Cave Hill Cemetery. Visitation will be 1-4 pm, Sunday, March 13 at Pearson's. Memorial contributions may be made to Cave Hill Heritage Foundation, 701 Baxter Ave. Louisville, KY 40204 or Light Up Hunting Creek, P.O. Box 111 Prospect, KY. 40059. Arrangements under the direction of Pearson's, "Where Louisville Goes To Remember". To View Service; https://us04web.zoom.us/j/2741570918?pwd=qC1d4Ej-q0RaMK-M3iQXMZ87HiZEKf.1

Harry King Hardin Jr, 92 passed away peacefully at home in Prospect Kentucky, on March 8th, 2022. Harry was a lifelong Kentucky resident, having been born July 11th, 1929 as the only child to Harry and Eula Hardin. Harry graduated from DuPont... View Obituary & Service Information

The family of Harry King Hardin Jr. created this Life Tributes page to make it easy to share your memories.

Send flowers to the Hardin family.