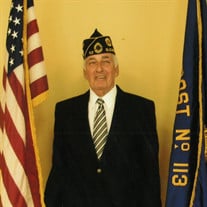 Guy Sullivan died in the early morning of Sunday, November 24th at the age of 82. He is survived by four children; Tammy, Marty, Tony, and Andrea. Guy had ten grandchildren and three great grandchildren. Guy was born in 1937 in Middletown, Ohio to Pearl Jones and Algon “Tony” Sullivan. His family moved to Louisville when he was a child, where he grew up with his two sisters, Barbara and Naomi. He attended the original Louisville Male High School, where he was a member of the school’s honor guard and band. Guy had the honor of marching with the school band in President Eisenhower’s 1953 inauguration. He left school at the age of 16 to join the U.S. Army, having altered his own birth certificate to bypass the age 18 entry requirement of the Army. He served two years of active duty with the 101st Airborne Division before returning to Louisville to finish school. Guy finished his education at Ahrens Trade School and joined the Plumbers Local Union of which he would remain an active member for over sixty years. At age twenty-two he married his first wife, Marilyn with whom he had his daughter, Marty. Guy worked as a plumber until the mid-1970s when his union went on strike. With no work due to the strike, he went to work for a friend at a Fred Astaire Dance Studio, embarking on a new career he would have for the next two decades. He learned to dance at the age of forty, competed in dance competitions nationwide and went on to own and operate a dozen of his own Ballroom dance studios across the country, in states including Louisiana, Texas, Georgia, Virginia, and Kentucky. Applying his years of experience in construction, he personally built many of his dance studios from the studs out. It was in this era that he met his late wife, Lila who was a national dance champion from Phoenix, AZ. At the height of his career he was a Master Franchisor for Fred Astaire National Dance Association and had the monopoly of its dance studios in three states. When Lila passed away in 1991, Guy moved back to Louisville with his two youngest children, twins Tony and Andrea who were nine years old at the time. He left the dance business and raised them as a single father for the next nine years, returning to work with the Plumbers Union until he retired. Guy’s life in retirement was no less extraordinary. He moved to Radcliff with his long-time girlfriend, Brigitte, with whom he was able to travel all over Europe and North America through the years. He became an active member at the Elizabethtown American Legion Post 113, joined their color guard, and had the role of Historian for many years. A self-taught graphic artist, Guy won third place in the American Legion National Yearbook competition well into his seventies. In 2018, an Ancestry DNA test led Guy to discover he had unknowingly fathered a child sixty years prior when he was only twenty years old. At age 81, he finally met his daughter, Tammy whom had been searching for her father for over forty years. Guy had a passion for building things. He loved spending days outside working in his shed and always had a new project in mind. Many remember him for his skilled artistry and craftsmanship. He is also remembered for his boisterous personality, sense of humor, striking blue eyes and his dancing skills. He was loved by all who knew him, and we will miss his jokes, his laugh, and his charm. Guy’s funeral service will be held on Tuesday, December 3rd at 2pm, at Kentucky Veterans Cemetery in Radcliff. Immediately following will be a celebration of his life at the American Legion Post 113 in Elizabethtown from 4-7pm.

Guy Sullivan died in the early morning of Sunday, November 24th at the age of 82. He is survived by four children; Tammy, Marty, Tony, and Andrea. Guy had ten grandchildren and three great grandchildren. Guy was born in 1937 in Middletown,... View Obituary & Service Information

The family of Guy Sullivan created this Life Tributes page to make it easy to share your memories.

Send flowers to the Sullivan family.