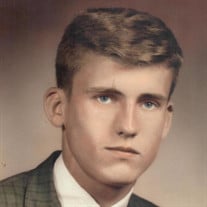 George Mason Combs, 79, R.Ph., of Louisville, Ky., passed peacefully in the presence of family on Jan. 25, just past 1 a.m. Born in Chattanooga, Tenn., on June 14, 1942, George spent most of his formative years in Pineville, Ky. He graduated from Pineville High School in 1961, salutatorian of his class and a member of the Honor Society. George was awarded Pineville’s Junior Cup in 1960, a prestigious recognition for athletic and academic achievements. In 1961, George made the 13th Region All-Stars Team and competed in the District Tournament, where he was consistently the leading scorer for the Pineville Mountain Lions. George went on to play basketball briefly at Union College in Barbourville, where he attended on a scholarship. George later graduated with an undergraduate degree in Zoology in 1967 and a Doctor of Pharmacy degree in 1970, both from the University of Kentucky. George started his 40-year pharmacy career at Taylor Drugs on Brownsboro Road in Louisville, where he worked during the April 1974 tornado. He then went on to work for CSC, Kmart, Winn-Dixie, Walmart and Rph on the Go, before retiring in 2010. George was the son of the late George Bertram Combs and the late Clara Alberta Combs. He is survived by his wife, Evangelyn Combs; children Tracy Combs Kitten and Lindsey Mason Combs (Lauren); grandson Benjamin Mason Combs; and siblings Richard Combs, Sharon Combs and Asher Combs (Debbie). He is preceded in death by brother Charles Combs (Ruth). Visitation will be held on Sunday Jan. 30 from 1-4 p.m., with a service to follow at noon on Monday Jan. 31, at Pearson’s Funeral Home, 149 Breckenridge Lane. Interment will follow at Lexington Cemetery. George was known for his unwavering generosity and consistently donated to several charities, including The Salvation Army and St. Jude. Donations may be made to those organizations in his honor.

George Mason Combs, 79, R.Ph., of Louisville, Ky., passed peacefully in the presence of family on Jan. 25, just past 1 a.m. Born in Chattanooga, Tenn., on June 14, 1942, George spent most of his formative years in Pineville, Ky. He graduated... View Obituary & Service Information

The family of George Mason Combs created this Life Tributes page to make it easy to share your memories.

Send flowers to the Combs family.