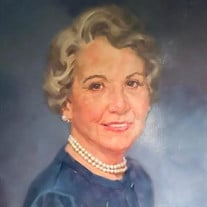 Elizabeth Nelson Stewart Gray, 94, died on November 19, 2021 at her home, surrounded by her family. She was born in 1927 in Louisville, KY, to Patty Anderson Helm Stewart and John Carter Stewart. She grew up in Louisville, graduating from JMS Atherton High School for Girls. She was accepted to Vassar College from which she received her undergraduate degree in history. She married Downey Milliken Gray, Jr. on February 11, 1950 and together they raised four children: Downey Milliken Gray III, John Carter Stewart Gray (Virginia Goodwin-Gray), David Anderson Gray (Debra) and Laura Hollingsworth Gray. She was preceded in death by her parents, her husband of 58 years and her oldest son Downey III. She was also predeceased by her only sibling, Margaret (Peggy) Stewart Schmidt. She is survived by her three remaining children, her grandchildren: Taylor Gray Howell, Sara Elizabeth Gray and Carter Stewart Gray, her great grandson, Thomas Gray Howell and several nieces and nephews. Betsy loved to garden and was a member and past President of the Glenview Garden Club. She was also a Director of the Garden Club of America, from which she was awarded the Medal of Merit. Some of her other memberships included the The Junior League of Louisville, Filson Club, the J. B. Speed Art Museum, the Louisville Country Club, and the River Valley Club. As a longtime member of The National Society of The Colonial Dames of America, she served a term as the President of the Kentucky Society and was the National Historian for the Dames. She was also a Regent of Kenmore, now known as the George Washington Foundation, in Fredericksburg, VA. There will be a visitation on Monday, November 22nd from 4 PM until 7 PM at Pearson‘s 149 Breckenridge Lane. Her funeral will be at Calvary Episcopal Church, 821 S. 4th St., at 11 AM on Tuesday, November 23rd with burial to follow at Cave Hill Cemetery. In lieu of flowers the family asks that a contribution be made to the George Washington Foundation, 1201 Washington Ave., Fredericksburg, VA 22401; Liberty Hall Historic Site, 202 Wilkinson St., Frankfort, KY 40601 or to a charity of the donor’s choice.

Elizabeth Nelson Stewart Gray, 94, died on November 19, 2021 at her home, surrounded by her family. She was born in 1927 in Louisville, KY, to Patty Anderson Helm Stewart and John Carter Stewart. She grew up in Louisville, graduating from JMS... View Obituary & Service Information

The family of Elizabeth Nelson Stewart Gray created this Life Tributes page to make it easy to share your memories.