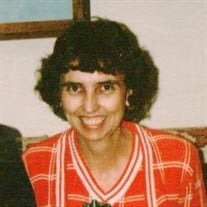 ELIZABETH EARL “BETTIE” BANKS, 89, of Louisville died January 23 due to complications from COVID-19. She was predeceased by Bill Banks Jr., her husband of almost 61 years, her parents Eunice Elizabeth Bowles, Earl Wilson Bowles, and her sister Mary Corum. She was born April 6, 1931, and grew up in St. Matthews on Dayton Avenue, a block from Seneca Park. Indeed, one of Bettie’s earliest memories is construction of the family house, practically built single handedly by her father Earl, her grandfather Gasway W. Boules and an especially fine team of mules. The mules came from Hardin County, and Gasway (who, perplexed by his incomprehensible Christian name, insisted people call him “G.W.”) got special permission to march the animals through St. Matthews and down Cannons Lane to Dayton where they dug out the new house’s basement. During an interview given just nine days before her death Bettie said, “I’ve always loved animals and to this day I wonder how they got water for those mules.” In the fourth grade at Greathouse Elementary she met a red-headed prankster named Shirley Simmons and they promptly became best friends for the next 80 years. It was Shirley who introduced Bettie to roller skating during their years at Anchorage High (they both graduated in 1949, that school’s next-to-last senior class before the 1950 opening of Eastern High). Both became accomplished at the sport, skating out of both Fontaine Ferry and a Fourth Avenue rink near the library, with Betty earning bronze and subsequently silver medal status at a regional level. When Bettie was a high school junior Earl got a temporary construction contract in the San Francisco area and the family made the long, pre-interstate journey to the west coast with the ubiquitous Shirley tagging along. The two girls found a skating venue in nearly every town they stopped for the night, with Shirley remembering that in Texarkana a skating instructor told Bettie she needed more “bounce” in her style. Shirley, who today lives in Cedar Rapids, Iowa, said recently that “Bettie told the man thank you but she thought her bounce was plenty good enough.” Bettie attended the University of Louisville for two years—as did Shirley--with the two joining the Kappa Delta sorority. Eventually, however, Betty graduated from the School for Medical Technologists—a profession that had fascinated her since the ninth grade--at the Norton Memorial Infirmary (a precursor to today’s Norton Healthcare) For decades she worked off and on as a respected and dependable Med Tech, particularly at Suburban Hospital and the James Graham Brown Cancer Center. She was an inspiration for many, not the least members of her own family. Her mother, who encouraged Bettie’s interest in the sciences, worked as a nurse for a half century. Her older sister Mary was a nurse for nearly as long, her daughter Sarah is a nurse, her grandson Tom is a urologist in Morehead, Ky., and her granddaughter Julia begins her nursing career in Atlanta, Ga., next month. She met Bill Banks at the old student union center at U of L—“you know,” she said recently, “we started making eyes at each other”—and they were married June, 1952. Bettie remembers their marriage occurring on “one of the hottest days ever,” which proved something of an omen. The student union center where they met burned to the ground in the early 1950s and the St. Matthews Baptist sanctuary where they wed burned in 1982. The marriage long outlasted both structures, with the couple eventually having four children. Bettie admitted that early on parenting was a mystery to both. “One day I was at a pool talking to some ladies,” she said, “and had momentarily taken my eyes off [two-year-old Bill III]. The pool was near a two-lane state highway and a few minutes later this truck driver came over to us carrying [the youngster by his] waist. He said, ‘the boy ran right in front of me but by god I got him.’ She sighed and added, “We became better parents. We finally got some sense. Or at least none of my other three ever ran in front of truck.” It’s typical of Bettie to deemphasize her role as a hands-on, loving mother who knew when to prod, knew when to (mostly) back off, and knew when to apply humor even if occasionally macabre. She and Bill raised four children during the turbulent 1960s which took considerable parental chops. Her husband went on to a long career in academia and retired as Professor Emeritus at the University of Louisville in 1994 before his death in May, 2013. Bettie is survived by her children, Bill Banks III (Claire), Decatur, GA, Amy Banks Fowler, Louisville, Sarah Banks Newcomb (Tom), Morehead, KY, Peter Banks, Louisville, along with seven grandchildren, two great-grandchildren, and her brother-in-law Jon Frederick Banks (Linda), Louisville. We ask that you wear a mask and keep social distancing, not only for your sake but for the health of others, particularly our elders with their deep, irreplaceable cultural memories. Funeral service 1 pm Friday 1/29/2021 at Pearson’s, 149 Breckenridge Lane with burial to follow at Cave Hill Cemetery. Visitation Noon until time of service. In lieu of flowers, the family asks that you adopt a pet or donate to a shelter, the Humane Society or any local animal organization you prefer — over her long life she had many personable and quirky felines.

The family of Elizabeth Earl "Bettie" Banks created this Life Tributes page to make it easy to share your memories.

Send flowers to the Banks family.