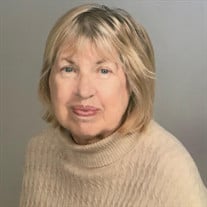 Edwina Dulworth Craddock was called home to the Lord on Sunday, March 29, 2020. Known as Eddie to her friends, she was born October 27th, 1933 to Christine and James Dulworth of Greensburg, KY. She was married to Marvin M. Maddox, Sr of Mayfield, KY and later to Basil Rinso Craddock of Munfordville, KY. Edwina grew up in Louisville where she attended Shawnee High School (class of 1952) and she also attended Shawnee Christian Church. She was a graduate of the University of Louisville where she studied home economics, and she later pursued a master’s degree in foods and nutrition at the University of Kentucky. At U of L she was a very active member of the Chi Omega sorority, and she would continue her involvement over the next few decades as a chapter adviser. Eddie attended Beargrass Christian Church, the Episcopal Cathedral, and St. Francis in the Fields. For the last few decades of her life, she served on the Women’s Board at the Episcopal Church Home where she helped with fundraising and volunteered at the gift shop. Her family would like to offer a special thanks to all the staff of the Episcopal Church Home for the love and care shown over the last two years. Eddie was passionate about politics. She volunteered for Louie Nunn’s campaign for governor and she would continue to be active in Republican Party politics. She and Basil would annually attend the Fancy Farm Picnic in Western Kentucky. Eddie was a long-standing member of the Louisville Women’s Club, and she looked forward to attending the meetings and volunteering on various committees. She is survived by her brother, James Dulworth and her four children: Marvin Maddox Jr, Bruce Maddox (Laura), Phylis Semple (Doug), and Robert Maddox. She also leaves behind nine grandchildren and one great-grandchild. Eddie will be remembered for her love and devotion to her family, her unwavering spirit, and her zest for life. She will be greatly missed by the many lives that she touched! Burial at Cave Hill Cemetery will be private. The family requests that any donations be made directly to St. Francis in the Fields in her name. SFITF.org A new service we are implementing that will give those not attending the chance to be able to share a token of love and support. For those who refrain from coming you are welcome to leave messages for the family, be it on our tribute walls or by sending Words of Love, which will be filled out on cards, displayed and given to the family. http://www.pearsonfuneralhome.com/reaching-out-with-words-…/

Edwina Dulworth Craddock was called home to the Lord on Sunday, March 29, 2020. Known as Eddie to her friends, she was born October 27th, 1933 to Christine and James Dulworth of Greensburg, KY. She was married to Marvin M. Maddox, Sr of Mayfield,... View Obituary & Service Information

The family of Edwina Dulworth Craddock created this Life Tributes page to make it easy to share your memories.

Edwina Dulworth Craddock was called home to the Lord on Sunday,...

Send flowers to the Craddock family.