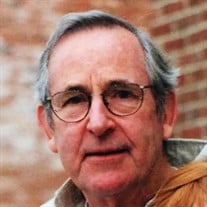 Duncan R. MacMillan, MD died at the age of 89 on Thursday August 20. He lived a rich and productive life and passed away peacefully, at home, surrounded by family. Dr. MacMillan was born in New Brunswick, Canada to Charles MacMillan MD and Jesse Campbell. He grew up in New Brunswick during World War II before moving to Montreal Canada with his family for high school. He graduated from Westmount high school, McGill University and McGill University School of Medicine. Duncan proudly served as a navigator in the Royal Canadian Air Force during and after medical school. He completed a residency in pediatric medicine at Montreal Children’s Hospital as well as fellowships in pediatric endocrinology at Birmingham Children’s Hospital in Birmingham England and later at the University of Iowa in Iowa City. It was while working together on the wards of Montreal Children’s Hospital that he met his future wife Norma, she in training as a physical therapist at the time. In 1966 Duncan accepted a position on the faculty of the University of Louisville School of Medicine. As a clinical professor at the University of Louisville, he developed a practice of national renown, treating children with diabetes and other endocrine disorders. His additional research work for the university produced valuable results and numerous publications in the field of pediatric endocrinology. While at U of L he served for 18 years as director of the pediatric residency training program. He also served as assistant dean for clinical affairs at the University of Louisville School of Medicine. After retirement from the University of Louisville and clinical practice, Duncan enjoyed playing competitive tennis in a variety of local leagues, well into his early eighties. His lifelong love of tennis was shared with his children and grandchildren. Dr. MacMillan was very close with his brother Charles MacMillan, MD and his sister Marian who preceded him in death. He is survived by his wife of 60 years Norma Doray MacMillan; his children David MacMillan, MD (Suzette) of Boston , Brenda MacMillan, Daniel MacMillan, MD (Nancy) of Louisville, Andrew MacMillan( Laure) of Paris France; Grandchildren, Erin MacMillan, Abbey MacMillan, Andie MacMillan, Henry Geisler, Campbell Geisler, Kell Geisler, Devin MacMillan, Adrian MacMillan and Clarisse MacMillan. Dr. MacMillan typically shunned the spotlight but worked tirelessly to improve the lives of his patients and his family. He leaves this world without fanfare, but having made a difference in the lives of many, particularly the lives of his children and grandchildren, and for that we are forever grateful. A private family memorial service preceded burial at Cave Hill cemetery.

Duncan R. MacMillan, MD died at the age of 89 on Thursday August 20. He lived a rich and productive life and passed away peacefully, at home, surrounded by family. Dr. MacMillan was born in New Brunswick, Canada to Charles MacMillan MD and... View Obituary & Service Information

The family of Duncan R. MacMillan MD created this Life Tributes page to make it easy to share your memories.

Duncan R. MacMillan, MD died at the age of 89 on Thursday August...

Send flowers to the MacMillan family.