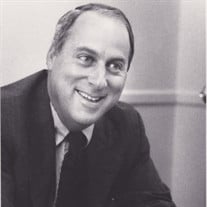 Donald Froehlich Kohler, Sr. died on October 10, 2020. Don was born in Louisville, Kentucky on April 27, 1931 to Marie Froehlich Kohler and Herbert Ross Kohler. He graduated from Male High School in 1949. A member of the Cap and Gown Club at Princeton University, Don graduated in 1953 with a Bachelor of Arts Degree in Economics. He served as an officer in the United States Army, at both Fort Sill, Oklahoma and Fort Benning, Georgia. It was in Columbus, Georgia that he met his wife of 63 years, Mary Peabody (“Peachy”) Mobley Kohler. After a short time in the life insurance sales business, he joined the Kentucky Trust Company where he was an officer for 19 years. In 1974, he joined Hilliard Lyons where he founded the Hilliard Lyons Trust Company. After a collective 46 years there as the head of the Investment Management Department, he very recently retired. Don proudly served the Episcopal Diocese of Kentucky and received the Diocesan Cross for his 35 years of service as Trustee. He served on the Board of Directors for Episcopal Church Home and was the Chairman of the Board of the Frazier Rehab Institute. He was a member of The Pyramid Trust, Rotary Club of Louisville, and Nine Tigers Roar (Princeton University). He was a Kentucky State Champion high hurdler and was inducted into the Male High School Hall of Fame. An avid golfer, he loved regular weekend games and traveled often to play in U.S. Seniors Golf tournaments. He was a masterful Bridge and Gin Rummy player. He and Peachy enjoyed many years of travel to both near and far-away places. He was a member of The Louisville Country Club and Pendennis Club, as well as The Country Club of Florida and The Little Club in Delray Beach, Florida, where he and Peachy have had a winter home for over 50 years. A lifelong learner, Don believed strongly that education is the foundation for a better future. Through the Church and other private avenues, he established and administered funds that will continue to provide educational opportunities for numerous young people. Don co-authored a book about his personal investment philosophy, and was very much looking forward to giving it to others. It was recently completed and is currently in the final stages of publication. Don was a loving, loyal, and generous man to whom family was of utmost importance. He loved regular communication with his children and grandchildren and was always interested in their activities and whereabouts. In addition to Peachy, Don is survived by three children, Elizabeth Fontaine Kohler, Mary Peabody Kohler Fox (Rollo), and Donald Froehlich Kohler, Jr. (Ann). He has four grandchildren, Elizabeth McKinley Bandy (Judson), Meredith Laughlin Allen (Crighton), Robert Kohler Kane and Donald Froehlich Kohler, III, and two great-grandchildren, Elizabeth Adele Bandy and Virginia Greer Bandy. He has several beloved cousins, including Joseph Daniel Froehlich (Rocio), Julie Froehlich Tracy (Michael), Susie Harman Cleland, Robert Lawrence Harman (Yvonne) and John Harman, and a nephew, Robert Lent Crevling. A private graveside service for family members will be held at Cave Hill Cemetery, the Rt. Rev. Terry White and the Rt. Rev. Edwin (“Ted”) Gulick officiating. A celebration of Don’s well-lived life will be held at a later date. In thanksgiving for Don’s life and legacy, memorial gifts can be made to either Episcopal Church Home (7504 Westport Road, Louisville, KY 40222) or The Humane Society of Oldham County – please specify “New Building Fund” (2419 KY-53, La Grange, KY 40031). Pearson Funeral Home, 149 Breckenridge Lane, is in charge of arrangements.

Donald Froehlich Kohler, Sr. died on October 10, 2020. Don was born in Louisville, Kentucky on April 27, 1931 to Marie Froehlich Kohler and Herbert Ross Kohler. He graduated from Male High School in 1949. A member of the Cap and Gown Club... View Obituary & Service Information

The family of Donald Froehlich Kohler Sr. created this Life Tributes page to make it easy to share your memories.

Send flowers to the Kohler family.