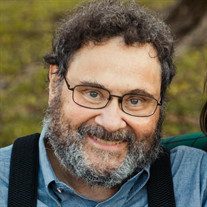 The Rev. Charles F. (Charlie) Pye, CPA, died on December 31, 2020. He was born in New York City on August 18, 1952, to H. Walter and Clara Lubin Pye. Charlie graduated from Beloit College with a degree in economics in 1974. Returning to New York, he became the Administrative Director of the New York Gilbert and Sullivan Players and pursued accounting on the side. After passing the CPA exam, he opened a solo practice and worked primarily with clients in the music, film, and entertainment industries. When he discerned a call to ministry, Charlie and his family moved to Louisville so that he could attend Louisville Presbyterian Theological Seminary. When he graduated, he received the Alumni Award for the Outstanding Graduating Senior. Following his ordination as Minister of Word and Sacrament in the Presbyterian Church (U.S.A.) in 2003, Charlie served small congregations in Southern Indiana and participated in programs through the Presbytery of Ohio Valley to support ministers in achieving financial health. He also served the Presbyterian Church (U.S.A.) as a faculty member of the CREDO program, an enrichment and planning program for pastors. Charlie was known for his generosity, compassion, and infectious laugh. He was a friend and mentor to many in his community, and participated actively at Highland Presbyterian Church. He was also a devoted fan of Gilbert & Sullivan, antique cars, and early 20th-century American politics. Charlie was preceded in death by his parents, and is survived by his wife of 34 years, Carol, and daughter, Leah. He is also survived by cousins Barbara Bordin Stark and Charles Bordin and their much-loved families, and by a sister, Susan. Burial at Cave Hill Cemetery will be private. A celebration of his life will be planned at a safer date. In lieu of flowers, memorial gifts can be made to Simmons College of Kentucky or Doctors Without Borders.

The Rev. Charles F. (Charlie) Pye, CPA, died on December 31, 2020. He was born in New York City on August 18, 1952, to H. Walter and Clara Lubin Pye. Charlie graduated from Beloit College with a degree in economics in 1974. Returning to New... View Obituary & Service Information

The family of Rev. Charles F. Pye created this Life Tributes page to make it easy to share your memories.

Send flowers to the Pye family.