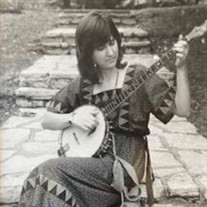 Cari Anna Norris, age 51, of Louisville, Kentucky, died on Wednesday April 13, in Louisville, Kentucky. She was a resident of the city for 25 years. Cari was born on June 26, 1970, in Lexington, Kentucky, to Barbara Pennington Norris Greenlief and Mike Norris. She graduated with highest honors from Jessamine County High School, attended Earlham College, and earned two degrees from the University of Louisville. She was a teacher at inner-city Louisville public schools and most recently at the Waldorf School of Louisville until an illness forced her to take time off for treatment. She was also a professional musician and painter. Cari’s love of music was inspired by her grandmother Lily May Ledford, leader of the Coon Creek Girls and National Heritage Fellowship winner. She learned Lily May’s banjo style, and many of her grandmother’s signature songs were a standard part of her repertoire. She began performing professionally as a teenager and played Lily May’s banjo and guitar at countless events (concerts, tv and radio programs, festivals, workshops, coffee houses, and dances) over the decades. She also played lap dulcimer, piano, and clarinet and was a talented songwriter. She taught and performed regularly at the Hindman Settlement School and the Cowan Creek Mountain Music School. Cari’s other great creative love was art. Though primarily a painter, she also did sculpture, weaving, fiber art, pottery, and quilting. Her paintings can be found in many locales around the state. At the Waldorf School she taught art and music. She was preceded in death by her husband, Steven Biles, and an infant son, Jewel. Those left to cherish her memory include a son, Samuel Norris McGee; a daughter, Gretchen Biles; parents, Barbara Greenlief and Mike (Carmen) Norris; a brother, John Harlan (Miriam) Norris; step-siblings, Elena Rodriguez and Daniel Lazarus; a niece, Noemi Rodriguez; and two uncles, J.P. Pennington and Bobby Pennington. Visitation will be at Pearson’s Funeral Home (149 Breckenridge Lane, Louisville) Tuesday, April 19, 4-8 p.m. Funeral will be at Pearson’s Funeral Home Wednesday, April 20, 10 a.m. A graveside service will follow at Lexington Cemetery (833 W. Main St., Lexington) at 2 p.m. Expressions in memory of Cari may take the form of contributions to The Waldorf School of Louisville (3110 Rock Creek Drive, Louisville 40207; [502]327-0122) Memories and condolences for the family of Cari Norris may be left at www.pearsonfuneralhome.com Arrangements under the direction of Pearson's, "Where Louisville Goes To Remember".

The family of Cari Anna Norris created this Life Tributes page to make it easy to share your memories.

Send flowers to the Norris family.