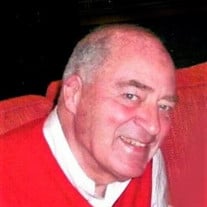 Greg Uligian, age 77, died March 3, 2020. Greg was born September 22, 1942 in Pontiac, Michigan to Bee and Chuck Uligian. He graduated from Pontiac Central High School in 1960 lettering in swimming and tennis. During this time, he also earned the rank of Eagle Scout. He went on to the University of Michigan where he received a BSE in Industrial Engineering. Upon graduation, he joined IBM which after a number of moves brought him to Louisville, Kentucky as branch manager. Weary of relocating, he left IBM and joined Touche Ross in Management Consulting then joined LG&E where he served as Vice President of Management Services. Upon leaving LG&E, the remainder of his career included more entrepreneurial IT experiences. Greg was active in the Louisville community. He was a member of the Leadership Louisville class of 1989. He was a Junior Achievement Board Member for several years eventually serving as Chairman of the Board for JA. He most recently served on the Board of Directors at Creasey Mahan Nature Preserve also acting as liaison for Eagle Scout projects at the Preserve. He was an avid fisherman always looking forward to Canadian fishing trips with his boys. He found the perfect home on a little lake in Goshen, Kentucky where he could walk out his back door and fish every day to his heart’s content. He remained a staunch University of Michigan sports fan throughout his life. Go Blue! Upon moving to Louisville, he also became an equally enthusiastic Louisville Cardinals fan. Both team flags fly in front of his home on game days. In 1962, Greg married Barbara whom he had known since kindergarten. Their family includes Jeff Uligian (Luanne), Tim Uligian (Liz) and Beth Uligian Collins (Greg) along with adoring grandchildren Turner Uligian, Kelsey Uligian, Miranda Legg, Olivia Collins, Abby Collins, Nick Collins, Jake Uligian and Brian Uligian. He is survived by sisters Jo Aplin of Port Huron, Michigan and Susan Pfleeger of Del Mar, California. A Memorial Service will be held Saturday, March 7 at St. Matthew’s Episcopal Church, 330 N. Hubbards Lane, Louisville. Visitation at the church will be from 9:30 am to 11 am with the service beginning at 11:00. Burial is in the church’s Memorial Garden. Memorial Contributions may be made to Creasey Mahan Nature Preserve, 12501 Harmony Landing Road, Goshen, KY 40026.

Greg Uligian, age 77, died March 3, 2020. Greg was born September 22, 1942 in Pontiac, Michigan to Bee and Chuck Uligian. He graduated from Pontiac Central High School in 1960 lettering in swimming and tennis. During this time, he also earned... View Obituary & Service Information

The family of C. Gregory Uligian created this Life Tributes page to make it easy to share your memories.

Send flowers to the Uligian family.