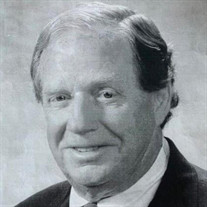 Bruce “Woody” Douglas Woodward, 86, passed away Sunday August 9th surrounded by his family. He was born on August 15, 1933 in Louisville, Kentucky, where he lived the majority of his life. Simply put, the two things Bruce wanted most in life were a real, loving family and to be a “good guy”. There is no question that he achieved both. Bruce was a dreamer and an eternal optimist. A year after attending Male High School, he developed what his father referred to as a “wild hair” and enlisted in the U.S. Navy. He served from 1952 to 1956 as a member of EODS—Explosive Ordinance Disposal Specialist. He was trained to disarm, defuse, blow up and disassemble every type of ordinance known to man (including atomic and hydrogen bombs) and held top secret clearance. He served on the USS Lake Champlain aircraft carrier which allowed him to travel and deep sea dive in Cuba and across the Mediterranean. After the Navy, Bruce attended the University of Louisville where he graduated in 3 years and later completed his MBA. He taught undergraduate business courses at Bellarmine University and Kentucky Southern College, which would eventually become U of L Shelby Campus. In 1959 Bruce met the girl of his dreams, Shirley Ann Gott of New Albany, IN. They were married on April 9, 1960. Ten years later they embarked on their biggest adventure yet with the birth of triplets, a rare event in those days. Bruce built an impressive business career, eventually becoming the proud owner and President of National Products, Inc. located on Baxter Avenue in Louisville. He sold the company in 2005 and retired in 2006. Bruce had a lifelong love for jazz, running, convertibles with big engines, education, reading, and calculated business risks. He was an active member of Anchorage Presbyterian Church for 43 years. More than anything, he loved his family. Bruce is survived by his wife, Shirley and his 3 children, Jason Woodward, Stacy Woodward and Alicia Litton (Mark) and five grandchildren (Myles, Maclin, Sam, Oliver and Will). Preceding Bruce in death were his parents, Fuller and Gladys Woodward and his brother, Bobby Woodward. Visitation will be held Friday, August 14 at Anchorage Presbyterian Church 11403 Park Road; Anchorage, KY., 11:00am-1:00pm followed by a private service and burial. Per CDC guidelines, please wear a mask and maintain social distancing. For those that are further concerned, a drive-by option to visit with the family will also be available at the church. In lieu of flowers, the family requests donations may be made to Anchorage Presbyterian Church or the Dare to Care Food Bank.

Bruce &#8220;Woody&#8221; Douglas Woodward, 86, passed away Sunday August 9th surrounded by his family. He was born on August 15, 1933 in Louisville, Kentucky, where he lived the majority of his life. Simply put, the two things Bruce wanted... View Obituary & Service Information

The family of Bruce "Woody" Douglas Woodward created this Life Tributes page to make it easy to share your memories.

Send flowers to the Woodward family.