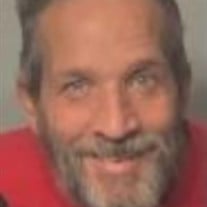 Our beloved Brent Mills Burroughs passed away Saturday, February 19, 2022, surrounded by his children Brittany and Bryan Burroughs and ex-wife and dear friend Linnie Burroughs, into the arms of the Lord. Brent’s dear friend Jeff Leachman was with him directly prior to Brent passing. Brent is survived by his children, Brittany and Bryan Burroughs, their mother and Brents dear friend Linnie Burroughs, granddaughter Auriana Burroughs, brother Reed Burroughs and sisters Jill Doyle (Danny) and Erin Kennedy. Brent was preceded in death by his parents Clinton and Sue Burroughs, biological mother Lucy Jones and sister Jean McDonald. Brent had extended family everywhere. His childhood ‘brothers and sisters’ became his family for life as well as the ‘strangers’ Brent would come upon. Every human being was a child of God and mattered to Brent and he was a friend to everyone. Brent was a member of the former Meadowview Presbyterian Church. Brent lived his entire life dedicated to helping anybody with anything; the epitome of kindness. His faith led him always. Just a couple of days before Brent passed, battling terribly painful cancer, though he never once complained, he saw a homeless person, rolled down his car window and gave them $40.00. He did this often. During the same time frame Brent wanted to get his motorcycle ready for spring. Brent asked friends to load it up on his trailer. Brent had hope and faith God would see him through this so he may stay here for now. But Brent knew he was passing into Gods arms. Brent dropped off his motorcycle, put down $500.00 and asked them to get it ready for spring. They told Brent it probably wouldn’t cost that much and he responded they’d settle up when he picked it up. He prepared for a different outcome of his painful journey yet was preparing it so it’d be paid for if/when his children had to pick it up instead. Brent felt blessed and wanted to pass it forward. He thought that could easily have been he in their shoes. Brents faith was so strong. He loved the Lord. Brents courage, physical and mental strength never stopped. He continued his journey of kindness until the day the Lord brought Brent to his eternal home in Heaven. Brent left a beautiful legacy with those who knew and loved him. He is now out of physical pain and in his eternal home. Brent’s kindness was a daily part of his life. He was an angel from Heaven, sent here to make a positive difference for the rest of us. What a wonderful tribute to Brent’s life and memory if we all took just a second to stop and truly appreciate the gifts we’ve all been blessed with. They’re only while we’re here. Material things meant nothing to Brent. We’re not taking them with us. Who we are blessed to have our lives are borrowed to help us through this life. But what a wonderful world this would be if we all spread a little of Brent around. Visitation will be Sunday, February 27, 2022 from 1-5 pm at Pearson’s Funeral Home, in St. Matthews, 149 Breckenridge Lane. Funeral service is on Monday, February 28, 2022 at 11 am at Pearson's, with burial to follow at Resthaven Cemetery, 4400 Bardstown Road.

The family of Brent Mills Burroughs created this Life Tributes page to make it easy to share your memories.

Send flowers to the Burroughs family.