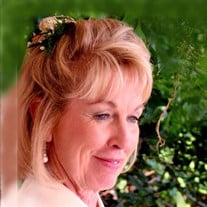 Brenda Boyd, 72, lovingly known to many as “Sunshine”, passed away December 26th, 2019 in her Louisville home surrounded by the warmth of her friends and family. Brenda was born on April 18th, 1947 to Stoy and Margaret (Payne) Bratcher in Louisville, KY. She spent most of her childhood in Louisville’s West End. She attended St. Columbo grade school and graduated from Loretto High School in 1965. She completed her education at Bellarmine University graduating magna cum laude with a Bachelor’s of Science in Nursing. Brenda’s enduring love of children led her to spending her 33-year nursing career at Norton Kosair Children’s Hospital; first, as a pediatric floor nurse and later, as the Director of The Office of Child Advocacy, from which position she retired in 2010. She pioneered the development of many enduring programs at Kosair and spent her career fighting for the health and safety rights of Kentucky’s children. She received numerous awards and recognition throughout her career however, it was her genuine love of children for which she was best-known. Brenda’s spirit was sometimes shy and reflective, as she spent a year in convent at Webster College; sometimes adventurous, as she hitchhiked through Europe and tap danced on Bourbon Street with her friends and loved to dance; sometimes competitive, as she enjoyed field hockey, water-skiing, snow-skiing, boating and golf, but above all her spirit was always playful, loving and kind. The messages she shared throughout her life and her work were messages of compassion and forgiveness, grace and understanding, love and kindness and a willingness to help those in need. Her sparkling smile, laughter and pureness of heart earned her the nickname “Sunshine”. Her smile lit up every room she entered, comforted those who suffered and brought joy to all around her. Brenda is preceded in death by her daughter, Stephanie Hettinger MacDermaid; brother, Steve Bratcher; parents, Stoy and Margaret Bratcher and her beloved dog, Molly. Brenda is remembered with love and survived by her husband, Stan Boyd; children, Scott Boyd, Kerry Hettinger, Chad Boyd (Sandy), and Brian Hettinger (Amanda); brother, David Bratcher (Kathy); grandchildren, Patrick Hettinger and Aiden Boyd; several nieces and nephews and former spouse, Clarence Hettinger. Memorial service 2pm, Saturday, January 4, 2020 at Pearson’s, 149 Breckinridge Lane. Visitation 12pm Saturday until time of service. Donations in Brenda’s memory can be made to Home of the Innocents, https://www.homeoftheinnocents.org/ Special thanks to her longtime devoted caregiver and friend, Denise Underwood.

Brenda Boyd, 72, lovingly known to many as &#8220;Sunshine&#8221;, passed away December 26th, 2019 in her Louisville home surrounded by the warmth of her friends and family. Brenda was born on April 18th, 1947 to Stoy and Margaret (Payne)... View Obituary & Service Information

The family of Brenda Bratcher Hettinger Boyd created this Life Tributes page to make it easy to share your memories.

Brenda Boyd, 72, lovingly known to many as “Sunshine”, passed...

Send flowers to the Boyd family.