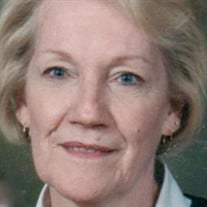 Tyra, Amelia A., 78, passed away Thursday, April 9 after a long and difficult struggle with stroke related ailments. Amelia was born on March 15, 1942 in Louisville, the daughter of Truman and Evelyn Cecil. Her life was one of great achievement and outstanding service to her family and the community. Her professional career was remarkable in every way. She entered the University of Louisville as a freshmen at the age of 33 and went on to earn her bachelor's and master's degrees in Elementary Education followed by her Doctorate in Education Administration. She served as a teacher at Hazelwood, Frayser, Young, Kennedy, Coleridge-Taylor, and Semple elementary schools. She helped establish the early childhood program in the Jefferson County Public Schools and became the principal of Schaffner Early Childhood Center. She reopened Schaffner as a traditional school, and with her outstanding staff, led it to become one of the highest performing schools in Kentucky. She served the community as a principal for two decades and continued to be an advocate for children all her life. Her personal achievements were just as impressive. Amelia was married to the love of her life, Robert, and with him raised three sons. She and Robert were happily married for 51 years until his passing in 2014. She was a loving mom who always put the needs of her boys before her own. She was an amazing grandmother to Ellen and Christopher who adored her. While she loved being a mom she may have enjoyed being a grandmother more. Smart, driven, loyal, and kind, Amelia was the perfect role model to her family. Amelia is survived by her three sons, Robert (Nancy), Stephen (Lynn) and Thomas (Rebecca), her two grandchildren, Ellen and Christopher, and an extended family that cherished her. She is also survived by the thousands of students who passed through the doors of her school and the many staff members and families who supported her in her mission to help, protect and educate children. A memorial service to pay tribute to Amelia will be held at a date in the future when COVID-19 is controlled and it is safe for everyone to gather in her memory. A special thanks to the doctors, nurses, aides, and hospice staff who provided gentle care and compassion through difficult times. To express your sympathy consider donating in Amelia's name to a charity that advocates for children or to the Kentucky Humane Society. That would make her very happy.

Tyra, Amelia A., 78, passed away Thursday, April 9 after a long and difficult struggle with stroke related ailments. Amelia was born on March 15, 1942 in Louisville, the daughter of Truman and Evelyn Cecil. Her life was one of great achievement... View Obituary & Service Information

The family of Amelia A. Tyra created this Life Tributes page to make it easy to share your memories.

Send flowers to the Tyra family.