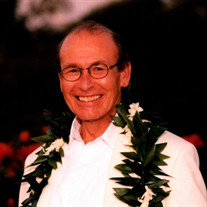 Allen Ray Watson, 80, of Louisville passed away at home November 24, 2020 surrounded by his loved ones. Ray was born in Lebanon, Kentucky on September 1, 1940 to Lee Watson and Elizabeth Lyvers. Ray was the epitome of “A true Southern Gentleman.” He adored his family and was the loyalist of friends. His zest for life was unstoppable. Rays joyous laughter lit up a room to the delight of those who loved and respected him. Kind, smart, loving and generous, that was Ray Watson. Growing up in Danville, Kentucky, Ray learned the value of hard work and dedicated his all as a young boy in lessons that would lead him to become a successful businessman, loving and doting husband, amazing Father, the best of Grandfathers, and most wonderful Uncle. Ray graduated from Danville High School in 1960. He was well respected in the finance business, taking an interest at an early age. He was a success story from Pat Ryan and Associates. In 1978 he founded Great Lakes Dealer Services and later would add Aftercare Services LLC and Customer Services Resources LLC. Ray was a veteran of the U.S. Army, on the board of directors at Owl Creek Country Club, the Jefferson Club and a Kentucky Colonel. He was an avid golfer, loved to fish, huge UK Fan and traveling to his home in Florida until his illness restricted his travels. Ray married the Love of His Life Rosanna Saens in Maui on September 26, 1998. It was a union filled with much love and adventure. Ray was preceded in death by his parents, son Dennis (Denny) Watson, sister Pauline Strange, brothers Joe Mattingly and Bobby Watson. He is survived by his beloved wife Rosanna, daughter Kimberly Watson Goff, his grandchildren Michael Gonzalez, Alexandria Watson and Avery Goff, and four great-grandchildren, sister Brenda Penn Witt and sister-in-law Sharon Watson and his beloved fur baby Belle. Numerous nieces, nephews, cousins and many friends that were all dear to Ray. The family would like to thank Ray’s Caregivers Tera “Red” Miller and Star Claycomb for their care during Ray’s illness. Due to COVID restrictions, all services will be private. In lieu of flowers, Ray requested donations be made to St. Jude Children’s Hospital, HIS SMILE AND LOVE WILL STAY IN OUR HEARTS “FOREVER AND A DAY.”

Allen Ray Watson, 80, of Louisville passed away at home November 24, 2020 surrounded by his loved ones. Ray was born in Lebanon, Kentucky on September 1, 1940 to Lee Watson and Elizabeth Lyvers. Ray was the epitome of &#8220;A true Southern... View Obituary & Service Information

The family of Allen Ray Watson created this Life Tributes page to make it easy to share your memories.

Allen Ray Watson, 80, of Louisville passed away at home November...

Send flowers to the Watson family.